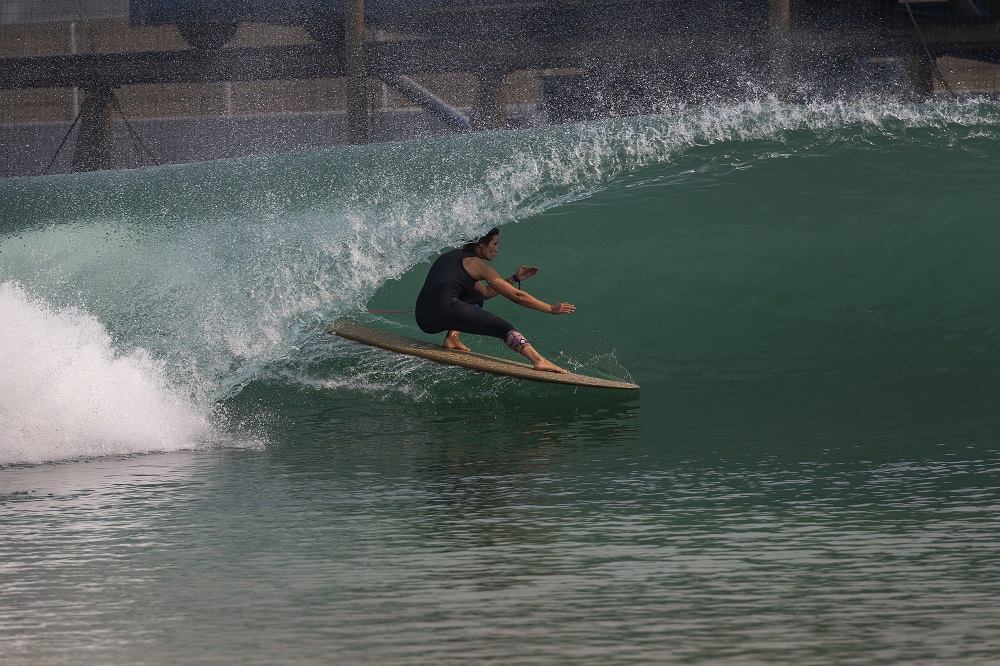 The one-hour presentation showcases beautiful longboarding while weaving in the behind-the-scenes moments and interviews, delivering fans all of the action without the downtime. This competition marks the Surf Ranch’s first longboarding competition and the first nighttime competition under the lights.

“The world’s going through a lot and we’ve all just been struggling,” said Errico. “So this day definitely helped me to regroup and appreciate what I have. I am really happy. Noseriding is probably my favorite part of longboarding, but I also love doing big carves as well. It is a feeling like no other, and I am very thankful that I am able to be here and be a longboarder in this sport.”

2019 Longboard World Champion Quintal took down Kevin Skvarna in the men’s Final matchup. The Final saw Quintal earn a 14.33 combined score, defeating Skvarna by only 1.43 points. En route to his win, Quintal also bested surfing legend Joel Tudor in the Semifinal. The Floridian will return home with the overall men’s event win, in addition to the Athletic Brewing Company Ride of the Day and White Claw Timed Noseride.