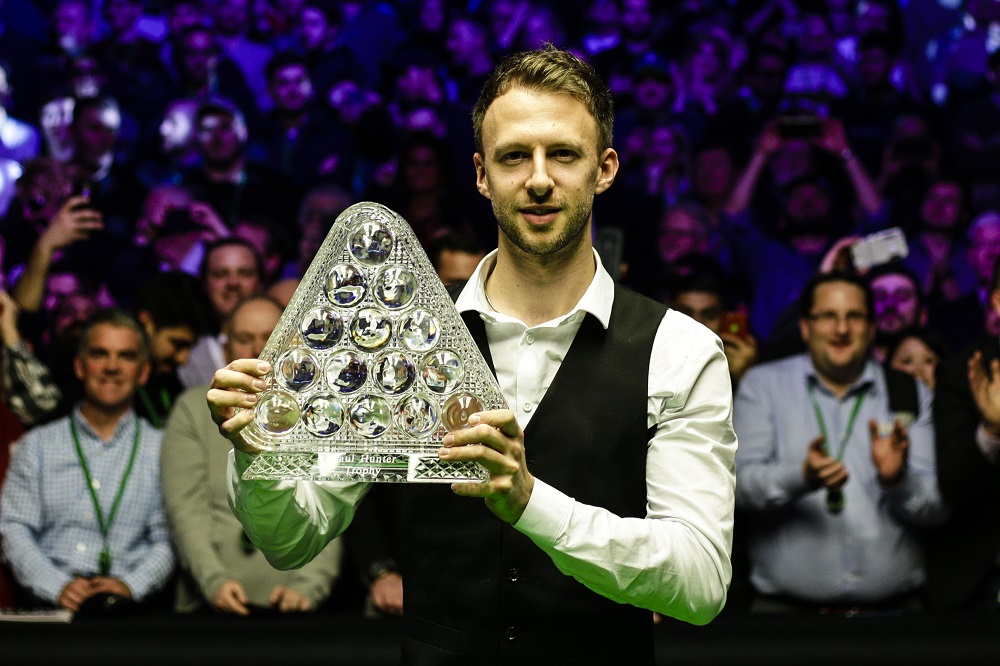 Trump wants to build on success

Judd Trump believes he can build on his Masters triumph and win more titles in the remainder of the season.

Trump captured his second career Triple Crown title, and first for eight years, by beating Ronnie O’Sullivan 10-4 in the final of the Masters earlier this month.

And the 29-year-old from Bristol is determined to keep his momentum going as he looks ahead to a run of tournaments in the coming months.

This week he’ll be in Berlin competing for the German Masters crown, then next week the circuit heads to Cheltenham for the Coral World Grand Prix.

Trump will be part of a star-studded 32-man field at the Centaur arena at Cheltenham Racecourse, alongside the likes of O’Sullivan, Mark Selby, John Higgins, Mark Williams, Mark Allen and Neil Robertson.

Running from February 4 to 10, it’s the first in the Coral Series of three tournaments televised by ITV. A top prize of £100,000 will be up for grabs at the world ranking event in Cheltenham.

“I don’t want to stop here,” said world number five Trump. “I want to go on and win as many tournaments as I can while I’m playing well and enjoying it. I just have to go away and keep working hard in practice and hopefully the titles will follow.

“The Masters was one of the tournaments I always wanted to win as a kid growing up. I take a lot of confidence from the way I played.

“Cheltenham is close to where I come from so it’s a tournament that I want to do well in. I’ll have a few friends and family up from Bristol and hopefully some local support as well. I’ve never been to the venue but (local favourite) Jack Lisowski has told me it’s a lovely place.

“All of the top players enjoy playing in these ITV events. They have really taken off because the fields are very strong, they are tough to win, similar to the Masters in a way.”