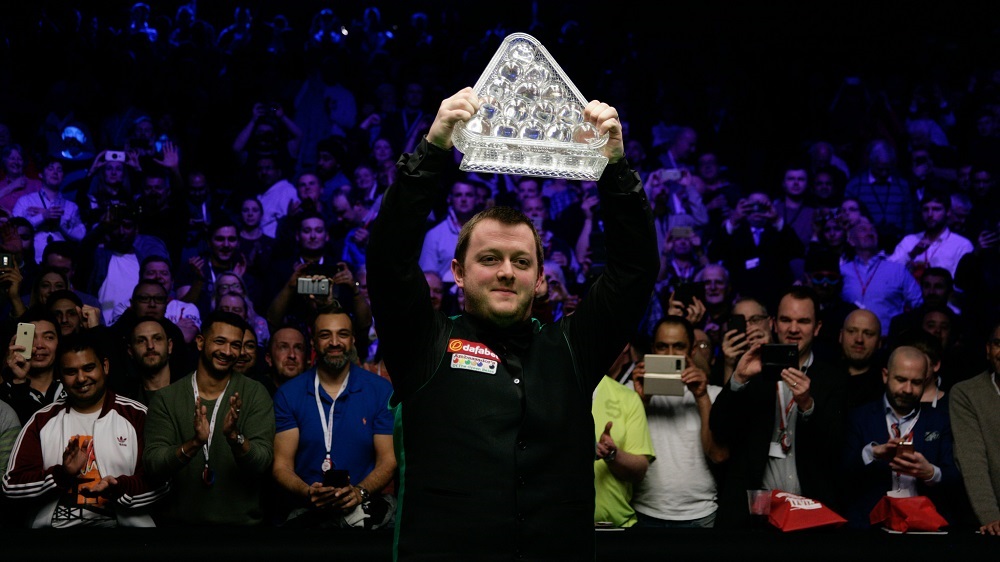 Mark Allen believes he will cope with the challenge of defending the title when he heads to the Dafabet Masters next week.

Allen won the title for the first time a year ago, beating Kyren Wilson in the final. He went on to have the best year of his career in 2018, winning the International Championship and Scottish Open ranking events as well as reaching the final of the UK Championship.

The 32-year-old from Antrim has been drawn against Luca Brecel in the opening match at Alexandra Palace in London on January 13 at 1pm.

“I’ve got to deal with the tag of being defending champion and whenever I have had it before I have done reasonably well,” said Allen. “I don’t see why it should be different this time just because it is the Masters. There is a lot of pressure with the Masters because it is an elite tournament, but I am looking forward to it.

“Everyone in the top 16 can play to a really high level. Ronnie O’Sullivan aside – because he is so talented – the difference is mental. They can all beat each other on any given day. Players like Mark Selby and Mark Williams do it more consistently because they are so strong mentally. The mind is so important in elite sport.”

World number six Allen feels that, given his recent success, he deserves to be considered among the best ever players from his homeland.

“I don’t want to speak out of turn, but I feel like I am the best snooker player that has ever come from Northern Ireland, although perhaps not the best winner yet,” he said. “Obviously Alex Higgins and Dennis Taylor have won three world titles between them. In my mind, if I want to get in the conversation, I have to win the World Championship. If I do that, then perhaps I will deserve to be talked about in the same league as them.”

Other top stars in the field at the Dafabet Masters, which runs from January 13 to 20, include Ronnie O’Sullivan, Mark Selby, Mark Williams, John Higgins and Judd Trump.

It’s snooker’s biggest invitation event and one of the Triple Crown tournaments alongside the World and UK Championships. An elite field of the world’s top 16 players are chasing the £200,000 top prize and famous Paul Hunter Trophy.