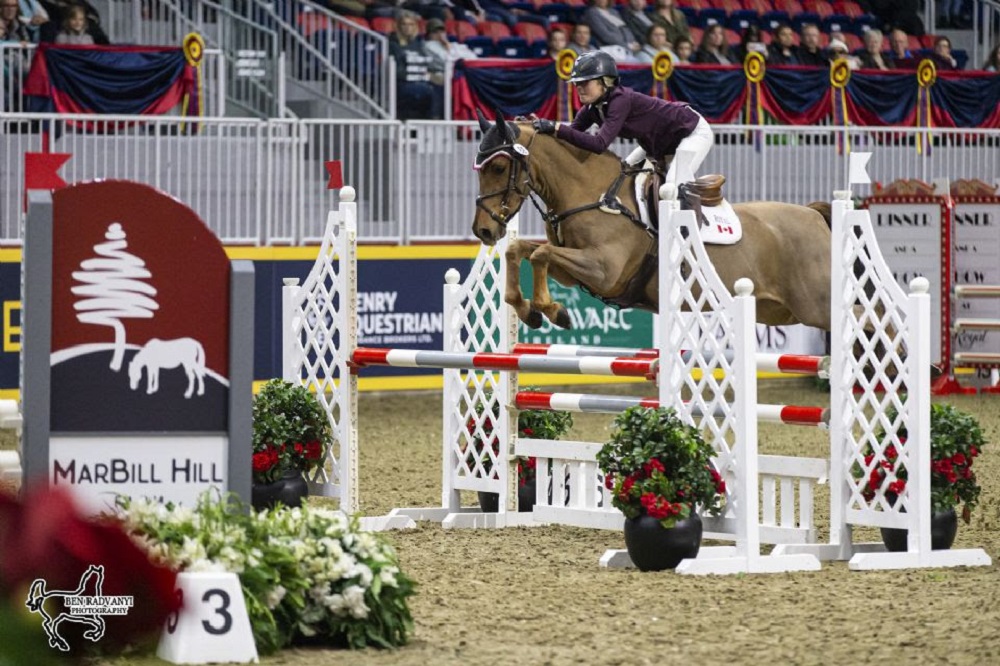 Fresh off a win in the $2,500 MarBill Hill Farm Royal Pony Jumper Stake earlier in the day, Horan and the 14-year-old, 14.1-hand Selle Français gelding were one of 16 entries to contest Sunday’s third and final class of the Pony Jumper division at The Royal.

A fault-free first round secured Horan and Royal’s place in the jump-off alongside four additional entries, and a clear ride over the Michel Vaillancourt-designed short course in 27.24 seconds clinched the victory for the pair.

“[Royal]’s been my favorite pony ever,” said Horan, who has owned the mount for two years and been competing at the Royal Horse Show for the last three years. “He’s very bouncy and hard to sit, but once you get the hang of it, he’s a really good boy!”

“I’m so grateful for all the hard work that my coaches and I have put into this pony, and it means a lot to me,” said Horan, who trains with Shara Pavan and was also presented with the Jane Hunter Sportsmanship Award. “It shows how hard you’ve worked all season to get here. It’s a special show to have at the end of the season.”

Finishing as the reserve champions in the Pony Jumper division after finishing second in the $5,000 MarBill Hill Farm Royal Pony Jumper Final were Charis Boland of Kemptville, ON, and Pocket Change, owned by Debbie Williams.