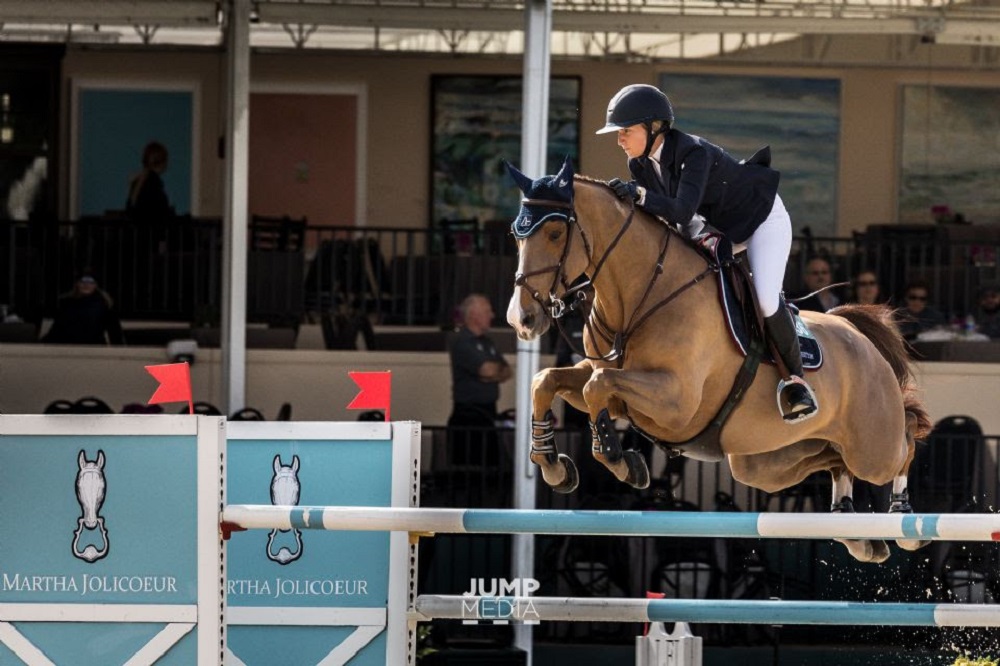 “I am extremely grateful to Martha for supporting women and supporting sport,” said Keenan, 23, of the Martha Jolicoeur Leading Lady Rider Award. “It’s motivating to young girls, and in my life – not just in sport – I am always trying to be a role model for young girls. The fact that Martha spearheads this is really exciting, and a great way to start the circuit.”

For her week one title, Keenan was presented with a bottle of champagne, a bouquet of flowers, and a gift certificate for a shopping spree at Hunt, Ltd. from Nancy Southern and her husband, Canadian Olympian Jonathan Asselin, representing Martha W. Jolicoeur.

“It’s great to start out on a strong foot,” continued Keenan. “I’m ridiculously lucky to have these special horses that are on the young side and just working their way up. I get to learn with them, and they were unbelievable all week. I’m so grateful to the team behind me; my parents for supporting me, my management, grooms, and of course my trainer, McLain [Ward]. Hopefully the circuit continues like this!”

“This award is a testament to consistent top performances, and it was always the title that I would set my sights on winning when I was competing,” said Jolicoeur, who began presenting the award in 2010 as a way of recognizing female accomplishments in an Olympic sport where men and women compete as equals. “Wellington is the winter equestrian capital of the world and attracts some of the best riders in horse sport. To be a part of that is an honor for me, and to experience how horses have brought us all together and made a place like Wellington possible is really special.”

Throughout WEF, the Martha Jolicoeur Leading Lady Rider Award, given in memory of fellow realtor and horseman Dale Lawler, is presented weekly to the high-score female rider based on performances in the weekly WEF Challenge Cup Series and grand prix events. During WEF week 12, the Martha Jolicoeur Overall Leading Lady Rider Award will be presented to the female rider who accumulates the most points throughout the season.