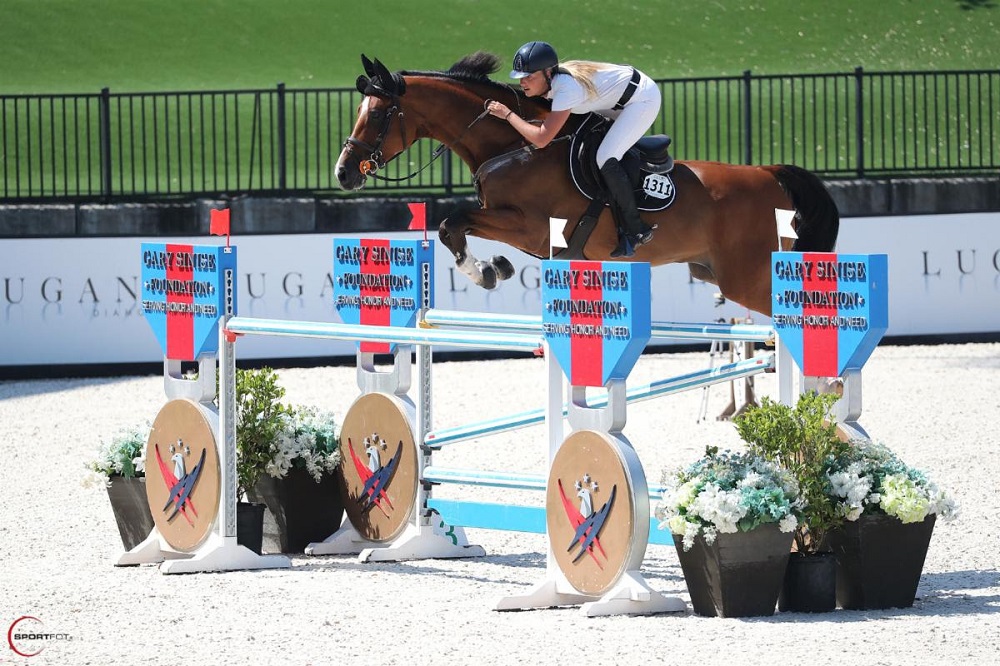 “Honestly, I was super frustrated that I had a rail on my first horse cause I thought he was so good, so I was just actually trying to keep my composure,” she revealed. “And ‘Prince’ jumped phenomenal for me. I was not on my A-game, I don’t think, but he was fighting; he wanted to win today.

“I was surprised the class didn’t have more clears,” VanderVeen admitted. “I thought Ken did a great job, because it was nice to finally have a little bit of a smaller jump-off and get paid for the jump-off, so we could really give it a try and know we [were] still going to get rewarded even if we knocked one down.”

VanderVeen and Almighty, the Bull Run Jumpers Six LLC’s 2008 Hanoverian gelding (Caspar x Quidam De Revel), has been in her string for a few years, and might continue to shine at TIEC in the upcoming Tryon August Series, VanderVeen explained. “He has jumped a couple 5* classes, so this is also a little bit easier for him, and his plan might be to actually stay here. I might be splitting up my group of horses and showing a few in Michigan and a few here during these national shows, so that they can all keep jumping.

“Tryon is like our second home,” VanderVeen concluded. “We always love the facility. It’s set up really nicely. The grounds are great, and the lakes are great to have around here, too. Overall, I think it’s just one of the best horse shows in the US, to be able to show a horse at a high level and enjoy your time. I am looking forward to coming back!”