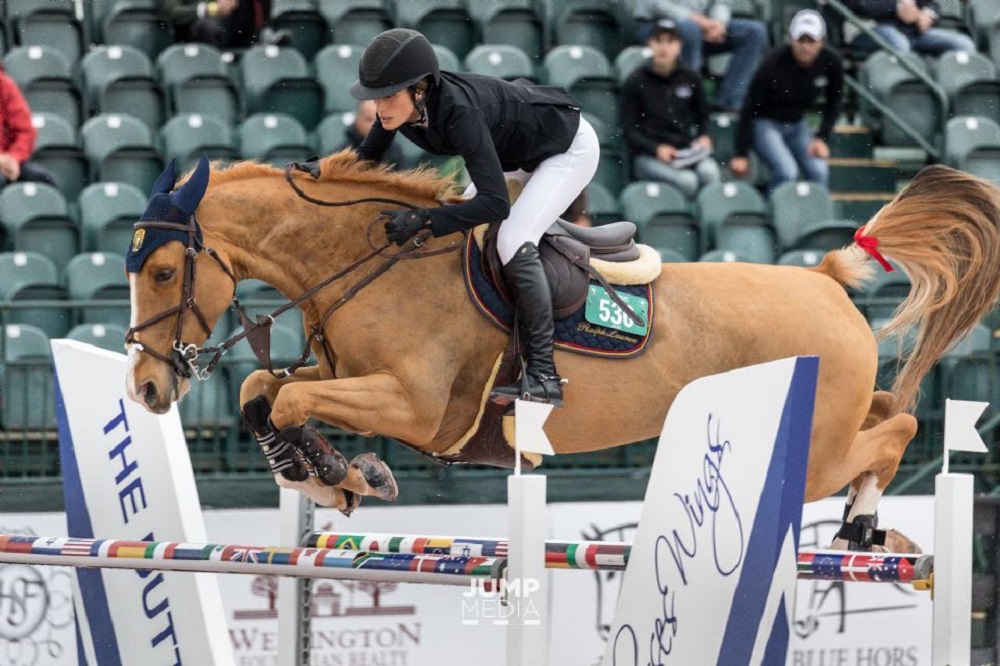 “I’m so happy with her; she jumped amazing,” said Springsteen of Volage du Val Henry, an 11-year-old Selle Français mare (Quidam de Revel x Cassini I) owned by Stone Hill Farm. “She’s just been in such good shape these past couple months. She was great on Thursday, and I thought I was pretty quick. In the grand prix, I wanted to go for it a little bit more. We still weren’t quite fast enough, but she’s such a talented horse. I love riding her.”

In recognition of claiming the title, Springsteen was presented with a bottle of champagne, a bouquet of flowers, and a gift certificate for a shopping spree at Hunt, Ltd. by sponsor Martha W. Jolicoeur, who was joined for the presentation by her fiancé, Dr. Stephen Norton.

“This sport is so unique in that we compete with women and men in the same competitions,” said Springsteen, 28, of Colts Neck, NJ. “I think it’s really special in that way, and it’s always so nice that they give the Leading Lady award every week. I was really excited to win.”

Throughout WEF, the Martha Jolicoeur Leading Lady Rider Award, given in memory of fellow realtor and horseman Dale Lawler, is presented weekly to the high-score female rider based on performances in the weekly WEF Challenge Cup Series and grand prix events. During the 12th and final week of competition, the Martha Jolicoeur Overall Leading Lady Rider Award will be presented to the female rider who accumulates the most points throughout the season. So far this season, Lillie Keenan of the United States and Great Britain’s Amanda Derbyshire have won the award and are now joined by Springsteen in contending for the overall title.