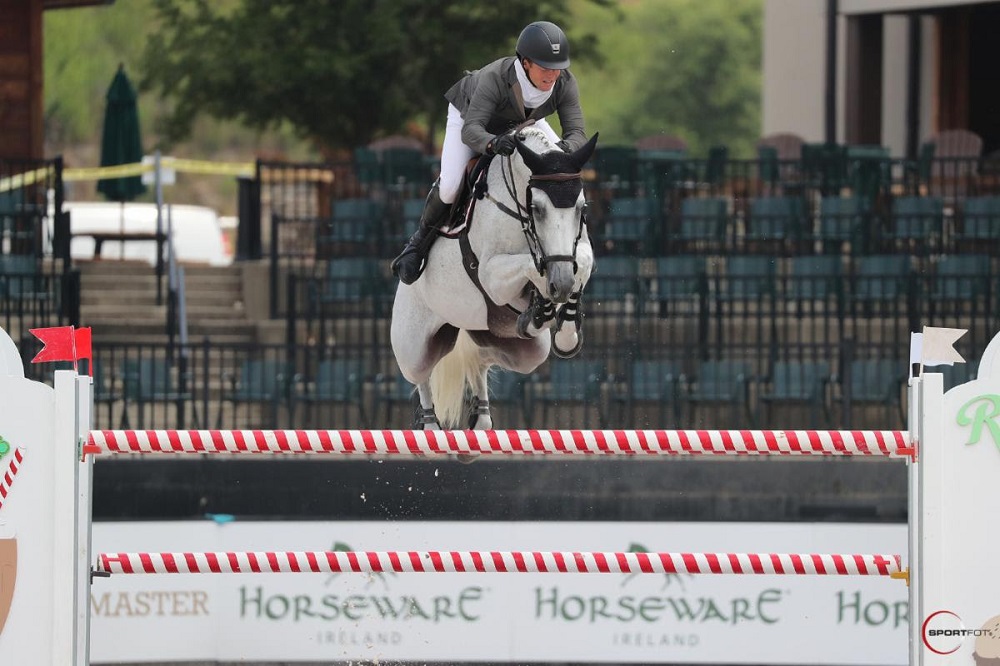 Sweetnam and his own 2008 Belgian Warmblood mare (Casantos x Action-Breaker) were one of 60 entries to test the first-round track set by Ken Krome (USA), and one of 12 pairs to qualify for the jump-off round. “It was a tricky course. Ken did a good job. There were a lot of good riders and partnerships out there today. It was quite strong for a ranking class,” he shared. “I’m sure it set the horses up well for Saturday night. It was a bit more of a test than yesterday [$37,000 Wednesday Classic CSI 3*],” where Sweetnam and Indra Van De Oude Heihoef claimed second.

In the jump-off, which Sweetnam called “tricky,” some unintentional distances still worked out favorably for the naturally- quick mare, he explained. “Things came up a little awkward, especially to the last jump. I didn’t get what I wanted there, but it still worked out well for me. She is a quick horse and she really wants to leave the jumps up. I really just had to try to get her there as quickly as I could, and she did her best.”

If he had to pick a spot where he cut time, Sweetnam said it would be that he was “quick to the in-and-out, as I can trust her there.” And now that Indra Van De Oude Heihoef has two FEI podium finishings under her belt for the week, Sweetnam emphasized that she’s earned a break for the remainder of Tryon Summer 6 competition. “She’s finished for the week, because she was second yesterday and won today!”

Instead, Sweetnam will pilot Chaqui Z, a familiar mount at the venue, in Saturday night’s $137,000 EquiSafe Global Grand Prix CSI 3*, and noted that he’s happy to be back competing in Tryon Stadium after spending several weeks at TIEC throughout the summer. “The footing is great! They’ve really done a good job. I was here the first week they showed on [the new footing], and it was brilliant then, and still is now. I’m happy to be jumping on it!”