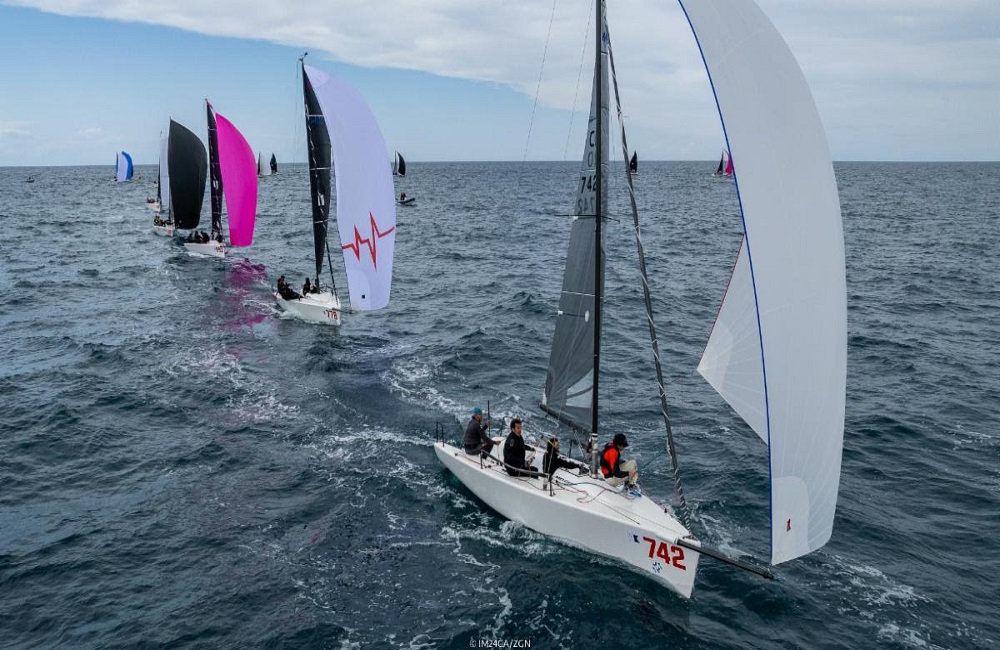 It was another day of great sailing in Rovinj, where the first event of the Melges 24 European Sailing Series 2022 is underway thanks to the organization of the Croatian Melges 24 Class Association, ACI Marina Rovinj and JK Maestral. The wind turned towards south-southwest and dropped to 7-10 knots, bringing with it some sea swell, a sign of a distant storms: conditions were not easy to manage by the less experienced helmsmen, which affected the results and the provisional ranking, still led by the Croatian Corinthians of Mataran 24 team (today 23-8-1).

Ante Botica’s crew was able to recover after the first not so brilliant race, compensating the discard with the victory in the third race of the day. After six races Mataran 24 is now leading with a five points margin on Italian Michele Paoletti’s Strambapapà (7-3-4), that were honoured as a Boat of the Day along with another Italian, Sergio Caramel’s Arkanoé by Montura (ITA), top performances among the Corinthians crew (9-11-11).

“After a not brilliant opening day, doing too many mistakes during the pre-starting procedure, we had a really good comeback, and we are satisfied about our performance today," Michele Paoletti told once on the dock. “Results aside, I can only have words of appreciation for this unbelievable boat and for its Class that, in Europe, enjoys a more balanced level than the American one. Unfortunately, we will not be able to participate in all the stages of the circuit, but we will not lose the opportunity to be present when possible, ending the season at the Europeans in Genova in October.”
The interview with Michele Paoletti

Trailing the crew of the former Italian Olympian Paoletti, is now Ivan Kljakovic Gašpic’s Universitas Nova (2-14-13). The Croatian Finn class Olympian lost one position in the overall ranking despite a good opening race but is still defending the provisional podium by one point on Italian Paolo Brescia’s Melgina (3-5-12): the overall winner of the 2021 Melges 24 European Sailing Series is having a great comeback, after a first day.
The interview with Ivan Kljakovic Gašpic

In the eve of the final day, the Top Five is completed by the crew of Niccolo Bertola’s Taki 4 (4-9-11), just six points behind from the third step of the podium.