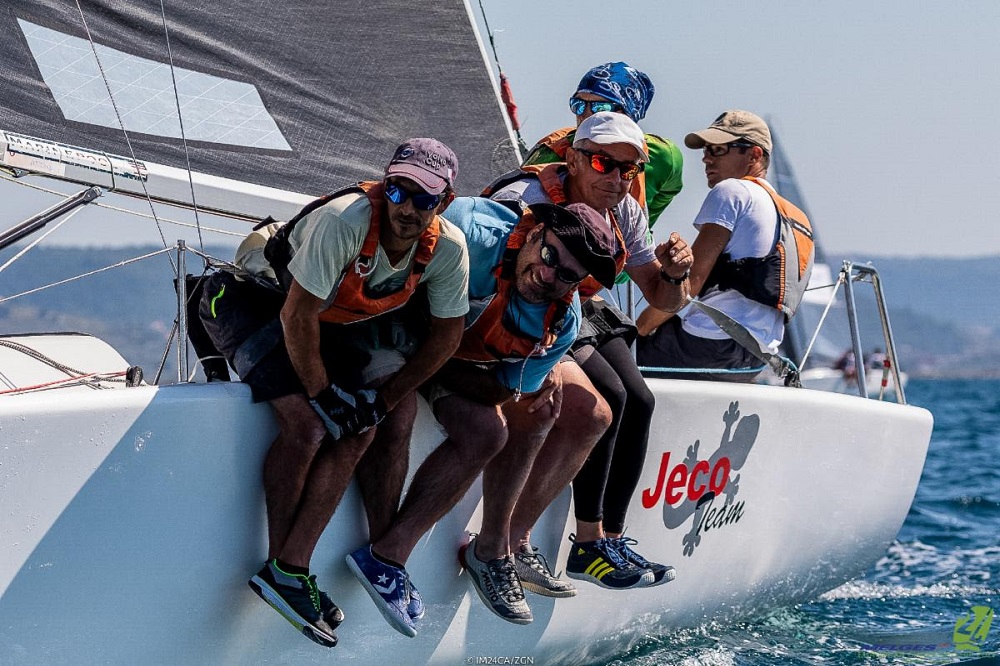 Altea & Lenny the final day as the leaders

Two races held in the penultimate day of the Melges 24 European Championship 2021 organized by Yacht Club Marina Portoroz with the support of Marina Portoroz in cooperation with the International Melges 24 Class Assocoation in the Slovenian waters of Portoroz, right in front of the fascinating town of Piran.

Playing well on the shifts of a light sea breeze, Andrea Racchelli's Altea (today 1-6) consolidates its leadership and flies into the final day with 18-points margin on by Michael Goldfarb’s War Canoe (10-9), that slowed down after two very promising days.

After today’s races, the third place left by Corinthian top team Tõnu Tõniste’s Lenny (12-10) is owned by Miles Quinton ’s Gill Race Team (5-3) with James Peters helming, that, still in some good progress, moving up to the provisional podium.

With Lenny fourth, the fifth place is now in the hands of the impressive Marco Cavallini’s Jeco Team (3-2), being the second best Corinthian team now, that is waiting for the final two races, planned for tomorrow morning starting at 11.30 am, to try to fill up the nine-points gap respect to the Estonian crew.

Also, Marco Zammarchi’s Taki 4 (2-14) with Niccolo Bertola at the helm is inside the fight for the Corinthian’s top three position: it has to recover 11 points on Lenny, but the tricky conditions seen all over the week let the door open to any possible solution.

Today's second race bullet was grabbed by Peter Karrie's Nefeli GER673 (9-1), moving up to the 8th position from yesterday's 12th.

Andrea Racchelli, Altea ITA722: “There’s been difficult conditions – tricky and light, and we do not like winds too much so we have been fighting against ourselves. At the moment important is the consistency and we will see what will happen tomorrow. At the end, it’s a very good and a high-level competition and we hope, that the final day won’t be too light.”

Marco Cavallini, Jeko Team ITA638: “It’s amazing, really! We can’t think too much about the results because we are here to sail. The level of the competition is quite fantastic and the conditions are still favorable for us. The boat is very fast with us, so, we keep pushing like this and I don’t know what could happen, but we are having fun and are happy!”