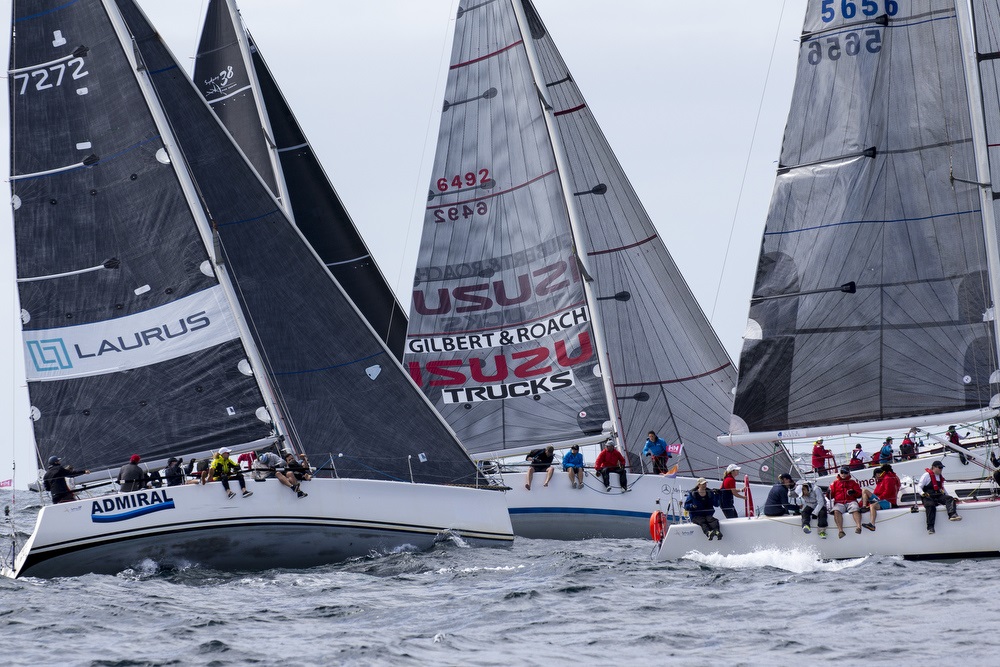 All smiles and spills on Day One

Sydney Harbour Regatta’s opening day brought together a multi-club effort spanning the harbour and offshore for the 185-strong fleet from around the state of New South Wales and Victoria.

Conditions offshore and short runways for the bigger boats made it harder for the Open Class and Sydney 38 fleet to sail cleanly - the crew of John Newbold’s RP51 Primitive Cool caught out on a kite drop in gusty SSWers and swell off Sydney Heads. Video by Tilly Lock.

Boat manager David Sudarno said: “We had a puff at the wrong time and had to smoke the halyard. We weren’t the only ones with the odd issue. The big boats were doing 18-20 knots downwind on those short legs in a seaway that wasn’t helping. We have to work the angles under asymmetric, unlike the symmetric boats that can sail deep.”

Across the inshore courses, spread from Manly to Garden Island near the city, boats of all sizes, from Historic 18s to Sydney 36s to sports boats, weaved their way through the traffic on their own course and contended with other racing fleets, plus the usual weekend traffic in SSW 10 knots building to 20 knots.

The Adams 10 fleet is heavily weighted by MHYC boats and fronting the division by two points is Patrick Delaney’s Powerhulk.

RPAYC based Melges 24 +GST, skippered by Andy Wharton, had a couple of newcomers on the boat but this didn’t stop them posting a win, then a 2nd and a 5th to lead the Super 30 pointscore. “Conditions were great and we went the right way. It’s a borrowed boat – I haven’t sailed a Melges for a year – I put together a scratch crew and we had fun!” Wharton said.

Saturday’s player’s player award went to the hardy Cruising Yacht Club of Australia’s race management team on start boat Offshore, which had some serious roll on out on the Macquarie course.

Sunday March 8 is International Women’s Day and Middle Harbour Yacht Club will mark the occasion with a sensational W Salt Flag Helly Hansen jacket going to the top performing female skipper, and with a photo gallery tribute by photographer Andrea Francolini. Up to 10 female skippers are in the hunt for the jacket, which will be presented once the series results are complete.

The forecast for day two is southerly 15-20 knots of southerly breeze and racing is due to commence from midday.