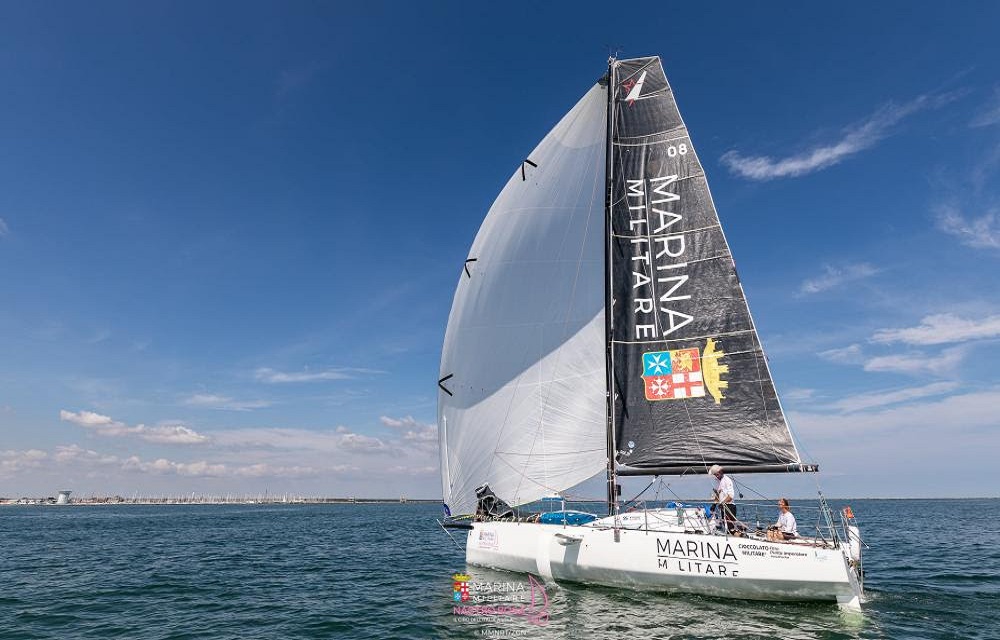 The outcome of the 2021 Hempel Mixed Two Person Offshore World Championship will be decided at the finish line in Venice on Friday 24 September.

The final 60-mile sprint from Marina di Ravenna to Venice is the culmination of 816 nautical miles of racing in Figaro 3 semi-foiling keelboats, with eight nations participating in the 10-boat fleet. Leg 3 will start this morning at 1000 (GMT+2).

The most consistent performers have been ITA1 Team ENIT (Claudia Rossi & Pietro D'Alì) who were fourth in Leg 1 and second in Leg 2. They hold the top of the leaderboard with Team Belgium (Sophia Faguet & Jonas Gerckens) their closest rivals in second overall. Winning Leg 2 has propelled ITA2 Marina Militare (Giovanna Valsecchi / Andrea Pendibene) up to third overall and with an outside shot at the title.

Rossi said they were just looking to sail their best race in the final sprint to Venice, whilst not venturing too far from the pack. "It’s not easy to stay in front in these conditions on the Adriatic. We will most likely prefer to stay with the fleet, not try our own thing too much. I’m from Ancona which we sailed past on Leg 2, so we know this place quite well, but it’s not enough to win this race."

Faguet was ruing the place the Belgians lost to South Africa not long before the finish line of Leg 2 at Marina di Ravenna. "A lot of changes came on the final afternoon because of the sea breeze coming and going. It was fairly easy to keep our rivals behind us except for South Africa who sailed closer to the shore and overtook us. That place that we lost makes it much harder for us to attack ENIT for the lead." The final leg carries a scoring co-efficient of just 0.2 points, so it’s a low-scoring leg that makes it harder for the leaders to be overtaken. "We need to get two boats between us and the Italians," said Gerckens. "They are very good sailors so it won’t be easy."

The South African team (Michaela Robinson / Siyanda Vato) were ecstatic to have stolen third place from Belgium near the end of such a hard leg. "Conditions were frustrating," said Robinson. "We had minimal wind the entire way until the last few hours. We decided to stay inshore and lock onto the land breeze that was coming off the beach. It was challenging to stick to our plan when we saw the boats offshore pulling away from us. But we stuck to our plan and came out smiling."

Vato was smiling a big smile of relief after coming through the leg in good shape. "We looked at what Marina Militare were doing and we thought about taking that option but it was risky. I was thinking, I don’t want to be ‘that guy’ who takes a big risk and then it not work out. But well done to them, they deserve it."

Martin Stromberg from Team Sweden has many sea miles under his belt including two Volvo Ocean Race circumnavigations. But this next leg will be a new experience even for him. "We are racing towards the city of Venice. I’ve never been there, and definitely not by boat. It’s an iconic place, and it’s one to look forward to."