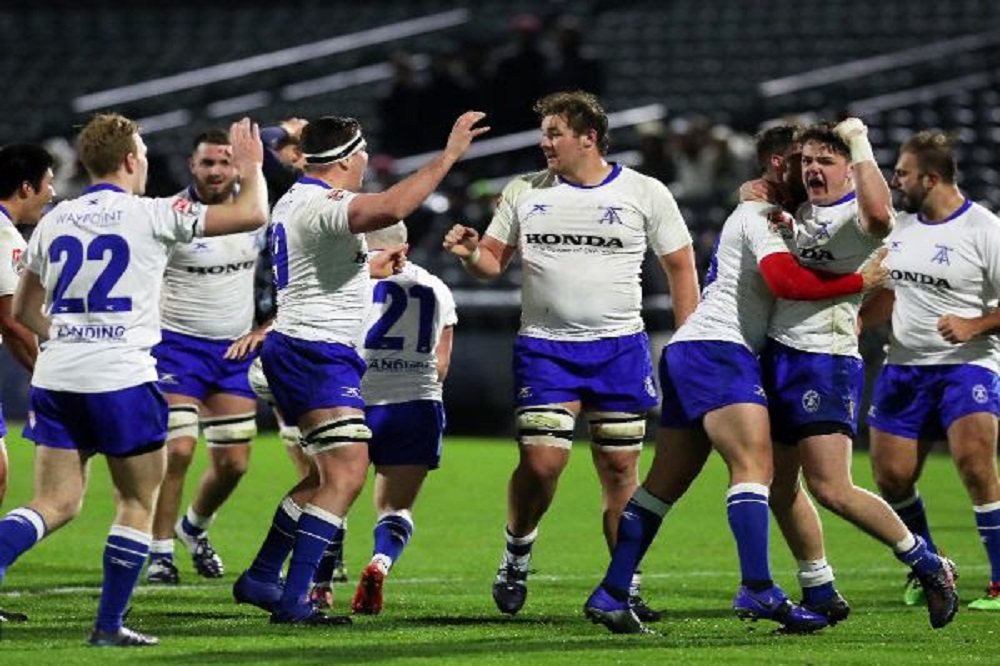 On the road against Austin Elite Rugby, the Arrows reshuffled their starting line-up and scored first through Avery Oitomen’s 16th minute try. The two teams traded strikes, with the home side eventually grabbing a 19-18 lead in the 65th. But with five minutes remaining and the ball deep in Elite territory, Arrows outside center Dan Moor charged down an Austin clearance attempt and scooped up the loose ball for the game-winning try, securing the club’s first ever victory. Toronto’s 23-19 win vaulted them to third in the overall standings.

Jean-Pierre Eloff scored 14 of NOLA’s 41 points with four conversions and two penalty goals, finishing the match kicking six-for-six. In the 74th minute, Eloff set up a NOLA try with a massive line break, running half the field before the ball eventually ended up in the hands of JoJo Tikoisuva, whose converted try duly extended the Gold lead to 41-24. Eloff’s 14 points and his 153 meters carrying the ball topped the league, while his Player of the Week marks the second consecutive week a NOLA Gold player has won the award, after Taylor Howden won in Week 2.