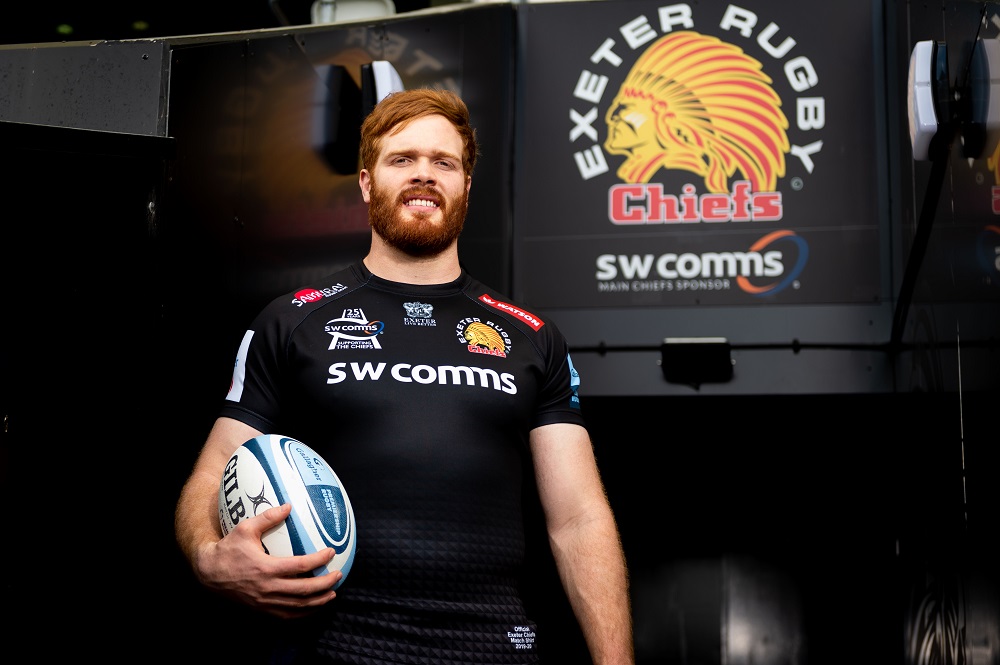 Exeter Chiefs newcomer Jannes Kirsten says he can’t wait to get to grips with English rugby after completing his move to the Gallagher Premiership club.

The 25-year-old, who is equally adept at lock or in the back-row, joins on a one-year deal from South African Super Rugby side, the Blue Bulls.

Brought in to help bolster options in the back five of the scrum – particularly with Jonny Hill, Tom Price and Will Witty all currently recovering from summer surgery – the arrival of the Johannesburg-born forward is timely for Chiefs’ Director of Rugby, Rob Baxter.

“I’m looking forward to the challenge,” said Kirsten. “I’ve been waiting a while for the visa, but now that has been sorted, it’s great to be here and to be part of what is a winning team.”

Having been with the Bulls since 2012, this will be Kirsten’s first taste of rugby at another club, but he insists the challenge of testing himself against the elite clubs in England and Europe is one that he is keen to take on.

“The Premiership is a top-quality league and there are some great sides over here,” he added. “If you ask any South African player, they want to come here and have a taste of the Premiership. They want to see how they go because it’s a great challenge, but one which ultimately makes you improve as a player.”

Kirsten admits he has watched from afar footage of the Premiership and the Chiefs on TV, but now he hopes to get in amongst the heat of the battle and challenge himself in a new on-field environment.

“I’m expecting a more physical game here compared to that of Super Rugby,” continued Kirsten, who is the young brother of former Bulls prop Frik Kirsten. “That will certainly fit my game, as will the quality which is very good here.

“For me, I like the physical battle – especially against the other pack – so I can’t wait to get started.”

Although Kirsten says he knew very little about Exeter, nor the Chiefs for that matter, a quick review, plus his early observations of life in Devon have all proved very favourable.

“I didn’t know too much about Exeter before I came,” he said. “I’ve watched a few of their games, including the final where I thought they were very unlucky to lose, but you can see they are a top side.

“Now I’m here, the place itself is very nice, the field is beautiful and I like the countryside. Already I feel very settled.”

Kirsten is not the first African star to head to the Chiefs, others like Don Armand and Wilhelm van der Sluys have trod a similar path previously, and he hopes he can enjoy similar success to those players.

“I know Don has been here a while, came from the Stormers and has played a few Test matches for England,” he said. “Others, though, have made their names here and as I said earlier, there are lots of
South African players who have come to England and made a contribution.”

With the new season set to get underway on September 21 with a home encounter against local rivals Bath in the Premiership Rugby Cup, Kirsten knows he has plenty of time to get up to speed with his new team-mates, as well as the Exeter game plan.

“We finished Super Rugby about four weeks ago, so I’ve been able to have a break and now I’m here,” he added. “There is still quite a bit of pre-season still to go, so there is still time for me to get to know the players, as well as the systems.”