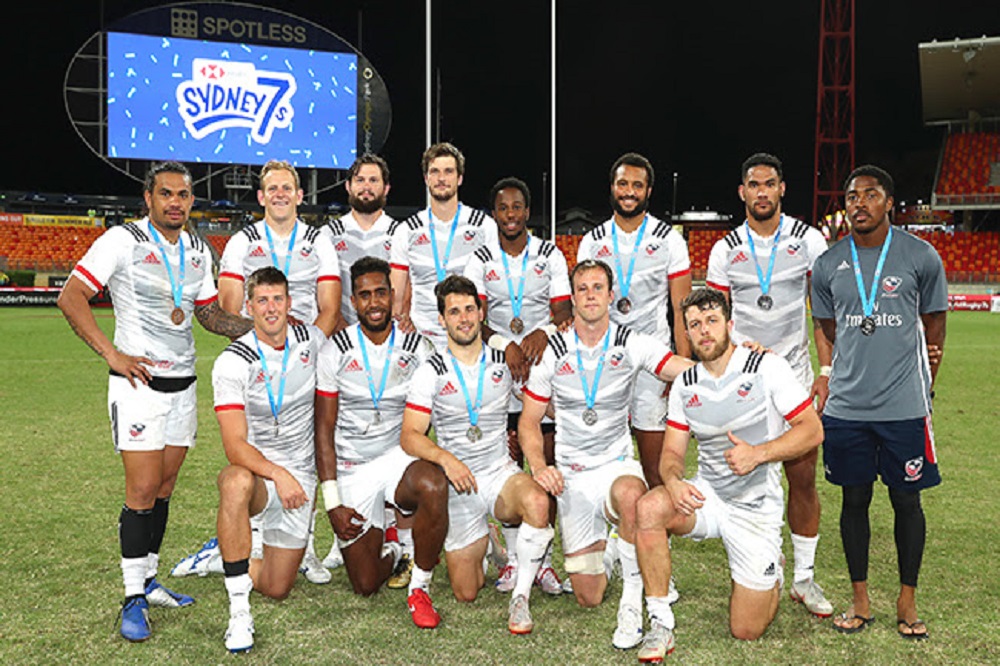 USA Rugby has recorded a massive weekend in international rugby with ten achievements across three national teams in sevens and fifteens.

In the HSBC World Rugby Sevens Series -- serving as the main route for qualification to the Olympic Games Tokyo 2020 -- Team USA's Men’s and Women’s Eagles Sevens both finished on the podium.

The Men’s Sevens made history by winning their fourth straight Silver medal at the HSBC Sydney Sevens tournament and are now the only men’s team to have medaled at every competition this season. USA remains tied at No. 1 in the world with 2018 World Cup Champions New Zealand.

Team USA’s men have now maintained a No. 1 ranking all season, having never reached or maintained such a high position in previous years.

On the women's side, Team USA won a Bronze medal at the same HSBC Sydney Sevens tournament, tying their record for most medals won in a single-season. The women are now ranked No. 2 in the world with only three tournaments remaining in their Olympic qualifying year.

USA player Naya Tapper set a record of her own when she scored her 65th try and passed 2016 Olympian Victoria Folayan as the Women’s Eagles Sevens all-time leading try scorer.

New player Kristi Kirshe also shattered expectations, scoring five tries in her first tournament with the national team. Previously a star soccer player at Williams College, Kirshe has been playing rugby for less than a year.

While USA’s rugby sevens teams currently sit at No. 1 and No. 2 in the world, the U.S. Men’s National Team in fifteens opened their World Cup year with a smashing result.

On Saturday, in the Americas Rugby Championship 2019, the Men’s Eagles defeated Chile 71-8 on the road to open their quest for a third straight title in the biggest rugby fifteens tournament in North America. The Eagles scored 11 tries in the game and are currently ranked a record-high No. 12 in the world.

The ARC tournament serves as critical preparation for Rugby World Cup Japan 2019 kicking off this September. On the men's side, Rugby World Cup is the third-largest single-sporting event in the world.

In the match, USA player Joe Taufete’e tied the international world record for most tries scored of any player in his position (hooker). Taufete’e is now one try away from breaking the record (15 tries) currently shared with veteran Irish player Keith Wood.