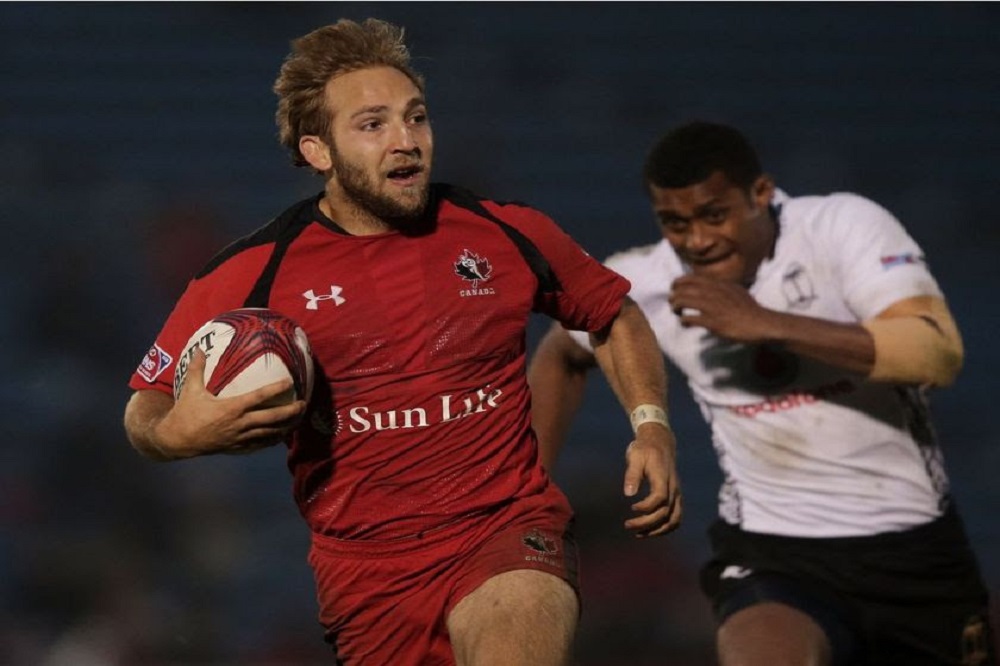 BC Rugby is pleased to formally announce the appointment of Sean White to lead the Men’s NextGen Sevens Program, sponsored by Marcon, for 2019. Already the Head Coach of James Bay Athletic Association, this confirmation is an exciting prospect for the program as it heads into the new year.

Sean White is already a familiar household name to many in the Province, having represented his country 28 times in XVs and appearing at a total of 32 World Sevens Tournaments. Memorable highlights from his career include the 2011 Rugby World Cup in New Zealand, 2014 Commonwealth Games in Glasgow and winning back to back Gold Medals in the 2011 & 2015 Pan-Am Games in Mexico and Toronto. This experience of Rugby Sevens at some of the highest levels will likely prove invaluable, as White looks to shape upcoming talents in BC and encourage a new generation of National Team prospects.

Speaking with White, he was quick to emphasise the importance of establishing the right environment to foster strong working relationships and let talent shine. “Rugby has a unique way of bringing people together,” noted White, “I wish to highlight these qualities, play some great rugby and provide BC players with another step towards High Performance Carding & National calibre rugby.”

Sean was keen to make it clear that he has high hopes for what the Men’s NextGen Sevens Program can provide to young, aspiring players aiming for the very top. “I want players to understand that this program is another opportunity to put your hand up. When applying for this role, I immediately thought of players like Sean Duke. Sean was missed in the U20 selection process, but through programs like NA4 was given another opportunity to show his talents.” And what a talent Duke would prove to be, making over 200 appearances for Canada in Rugby Sevens, along with breaking David Moonlight’s record for most tries by a Canadian player.

Senior Manager of Rugby Growth and Development at BC Rugby, Tony LaCarte, acknowledged the hard work done by Aaron Frisby over the last three years in establishing the program and welcomed the new appointment. “I am extremely excited to have Sean lead the program, he will bring a wealth of Sevens knowledge to the team. He understands what it takes to play international rugby and will be able to utilise his experience to identify and develop players. BC has always had a strong representation on the Canadian Men’s National Rugby Sevens Program and I’m confident that Sean will be able to contribute to that.” Addressing questions around the parallel Women’s program, LaCarte said, “At present, the Women’s NextGen Sevens Program is under evaluation so that it can better be aligned to the BC Rugby Elite Youth Sevens Girls’ Program and the Canadian Women’s National Rugby Sevens Program.”

Looking at the year ahead, White was eager to start sharing details of his plans. "I am working hard with Tony LaCarte to finalise training dates for Victoria and Mainland and the end of January, early February. We will take teams to Las Vegas and the Vancouver Sevens Invitational in February and March, along with other tournaments later on this summer. Lastly, as a BC Rugby alumni, I just want to express the excitement I have, and the privilege that it is, to be leading these young men of the NextGen Sevens Program. I look forward to meeting these new faces and helping be a part of the personal and athletic growth of each one of the players.”