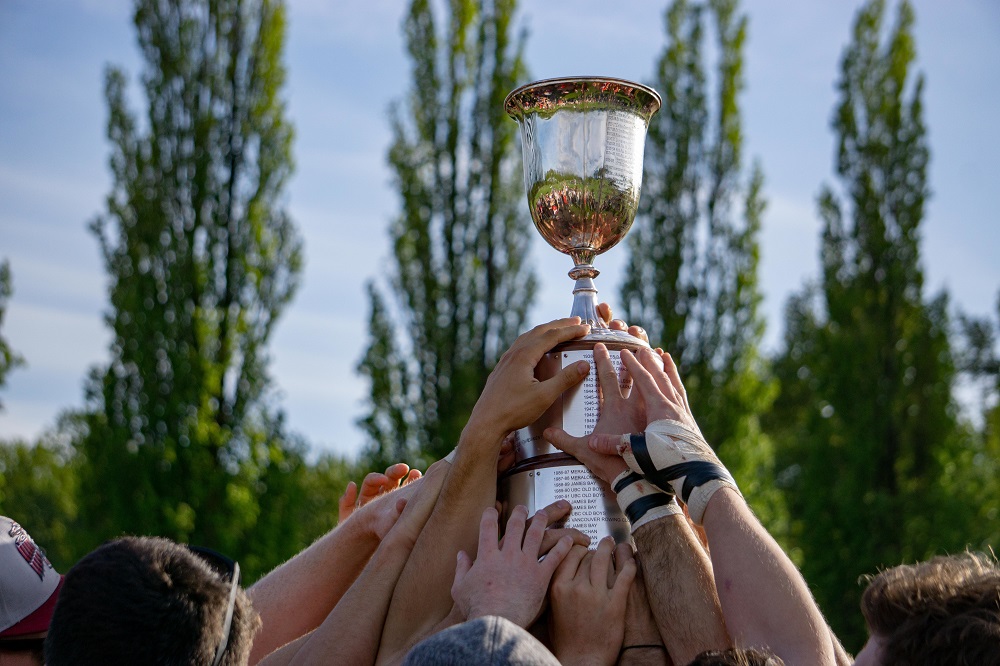 This will be the first time since 2016 that provincial finals have been hosted on Vancouver Island, when individual division finals were contested locally. Since 2017, all provincial finals have been held at the same venue, bringing together a diverse audience of rugby fans from across the province and creating a vibrant atmosphere on the touchlines.

Juan de Fuca Recreation Centre, home of Westshore RFC, is no stranger to big rugby matches, regularly hosting games in the Premier Men’s and Women’s divisions each year, as well as age-grade and mini rugby events. Hundreds of travelling supporters are expected to join teams from the mainland in journeying over for a weekend of thrilling rugby action.

“This is one of the biggest days in the domestic rugby calendar here in BC and it is exciting to be heading back to the island for Club Finals,” said BC Rugby CEO, Annabel Kehoe, “The island is home to a numerous and enthusiastic rugby community, so we’re expecting a great atmosphere when the big day comes around. Coupled with the opportunity to attend the HSBC Canada Women’s Sevens, we’re hoping all Teams will boast many supporters.”

BC Rugby has partnered with Rugby Canada, who are hosting the 2020 HSBC Canada Women’s Sevens at Westhills Stadium in Langford on May 2-3. “In and outs” will be permitted at both venues, and fans will be able to purchase ticket upgrades at the BC Rugby Club Finals that give access to both events. There will be a free shuttle service operating between Westshore and Westhills Stadium on Saturday, courtesy of the City of Langford, allowing fans to attend both events.

“We saw this as a great opportunity to partner with Rugby Canada to make this a huge weekend of Club and International rugby in the City of Langford,” stated Kehoe. “We are hopeful BC Rugby members and fans are able to cheer on their home sides at the BC Rugby Club Finals, but also take the opportunity to support our Women’s National Sevens team as they compete on the world stage.”

The BC Rugby Senior Men’s and Women’s Club divisions are still in their league phase, with teams jostling for position and an all-important spot in the playoffs this April. With just 8 weeks until the first rounds of playoffs begin, teams will be looking to make every minute of rugby count.