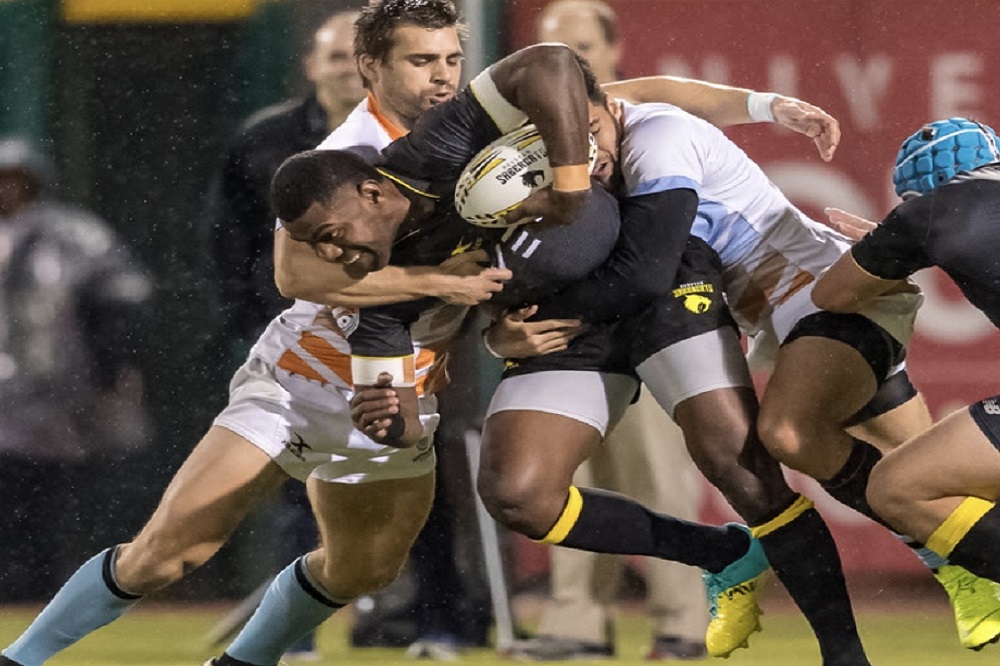 Although a preseason friendly, the game was anything but. Both teams brought a staunch defense leading to a low scoring affair at Constellation Field. Although there were moments of individual brilliance that led to the games more exciting moments, this was a game of attrition from beginning to end.

The first five minutes saw a slew of penalties for Austin, driving the Elite quickly into the Houston 22. A solid lineout and strong carries led to an opportunity for debutant Vilaseca to score under the upright, but good defense off the line led to the ball being lost forward in contact.

The next 20min saw both sides trading blows with most of the territory coming from penalties. A loose kick from Austin scrumhalf Mickael Romera allowed Houston’s Fijian flyer Joshua Vici a golden opportunity to counter-attack from the centre of the pitch. After beating multiple defenders, the ball eventually founds its way to Pangelinan who dotted down for Houston and the games first try. After the unsuccessful conversion from Windsor, the last moments of the 1st half were dominated by big hits and knock-ons as a light rain fell on Constellation Field.

It was much of the same in the 2nd half with the teams spending the majority of the first 20min occupying the area between the two 10m. It was a lapse in concentration from the Elite which led to a Houston linebreak to bring the game back to life. After a penalty, Houston elected to scrum. From the ensuing scrum, the Houston Number 8 managed to find enough space to squeeze across the try line for Houston’s 2nd try of the match. The conversion attempt was again unsuccessful from Windsor making the score 10-0 to the Sabercats with 20 minutes remaining. This seemed to reawaken the Elite who then shifted into another gear.

It didn’t take long for the Elite to hit back. Showing great patience while they went through the phases, Austin was able to make inroads towards the Houston line. Scrumhalf Mickael Romera and Captain Ben Mitchell capped off the move with some great timing to catch out the Houston ruck defense leading to Austin first try under the posts from Mitchell. Ten minutes later Austin struck again. Their constant pressure on defense proving too much for Houston leading to a turnover. Some quick hands and a great angel from the Austin wing taking him over the try line. The conversion from Romera was successful taking the scoreline to 14-10 for the Elite.

The last 15 minutes saw Houston unable to create opportunities against the Elite. The Austin defense nearly creating another scoring opportunity with the fulltime whistle looming.

Although there was many handling errors and lapses in concentration, for the most part, this was a very competitive match. Both teams will be able to build from this. Austin will be happy about their first run out as a group. If the team continues to grow in both their understanding of the game plan and each other they could prove a very difficult team to beat come the regular season.