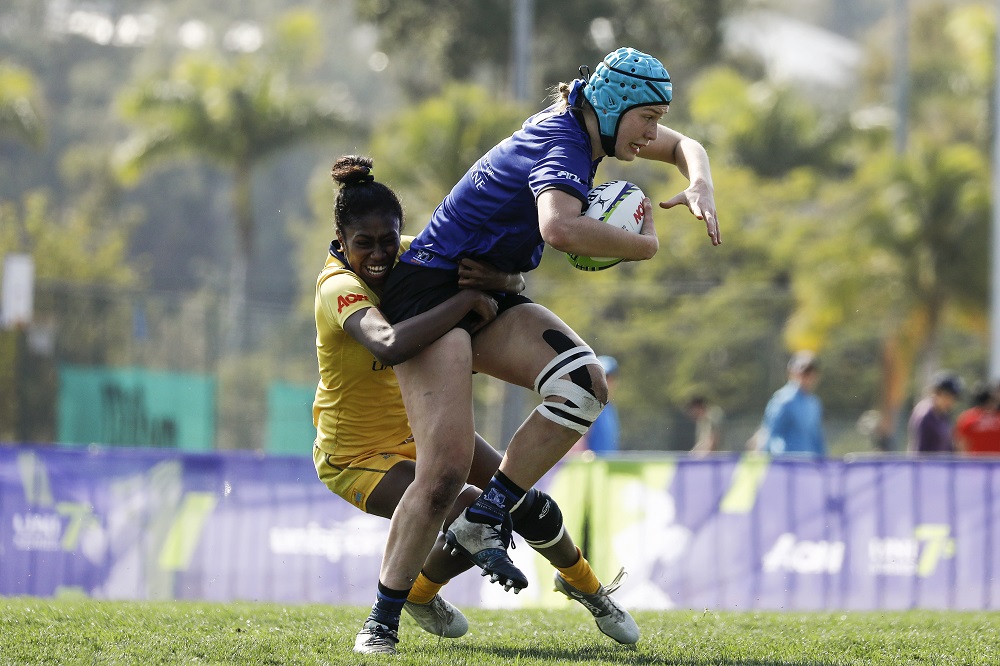 The University of Queensland has won the opening round of the 2019 Aon University 7s series defeating competition newcomers UTS 21-17 in a tightly contested final.

Conversions proved the point of difference at the University of Queensland, with only four points separating the two sides in the days crowning fixture.

In other results, the University of Sydney has left reigning champions Griffith University scoreless 24-0 in the bronze medal match. While round two hosts Bond will be looking for redemption after a ninth-place finish against competition debutants the University of Western Australia.

The University of Melbourne also claimed their first-ever win in the history of the competition, defeating both Bond and the University of New England in back to back victories on day two.

University of Queensland Head Coach, Reg Taylor said: “Its good to get the first win of the year, we improved in every game we played which was our goal.

“The final was a great game of football, UTS pushed us right through till the end, and we’re pleased to get the win.

“Heading into round two, every team is going to improve, and we’re going to have to look to do the same thing.

“Following today's win, we will go away for the next two weeks, work hard, look at our game and try and improve it for Bond.”