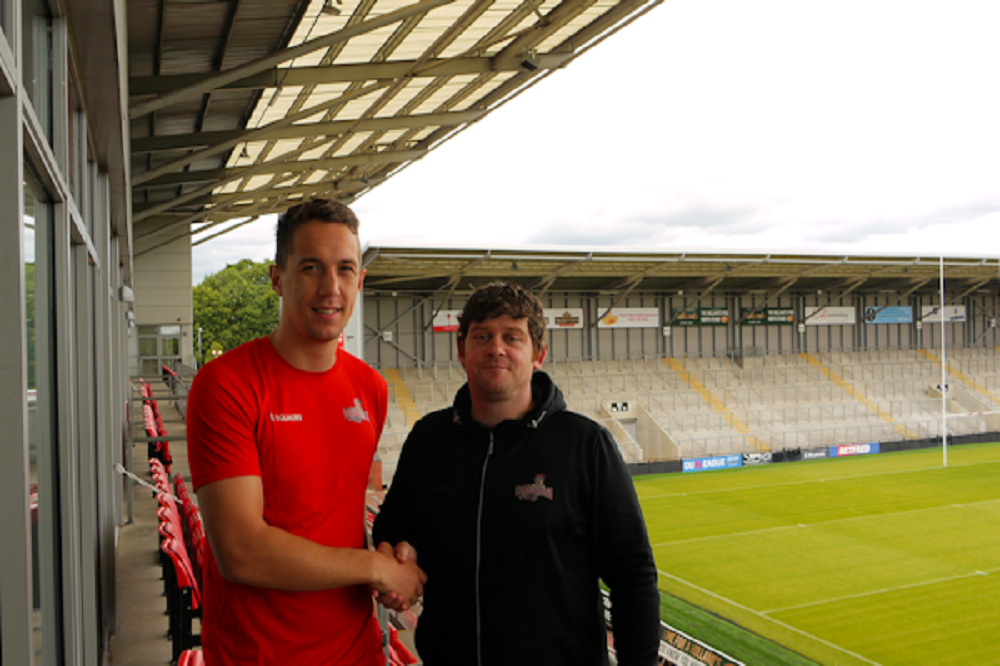 The 23-year-old centre has extensive Betfred Championship experience on dual registration with Swinton Lions in recent years and has played against Leigh in each of the last three seasons.

Leigh Centurions head coach John Duffy said: "Liam's a really good signing for our Club. We've been short on the right-hand side since Jonny Pownall injured his knee and Matty Costello has been playing in Saints' first grade side.

"He will really fit in with our group of players."

St Helens born and a former Bold Miners and Thatto Heath junior, Forsyth came up through the Warriors academy ranks and made his first team debut against Warrington in March 2017. Prior to that he had a year with Bath RU club where he trained alongside the likes of Kyle Eastmond, Sam Burgess and George Ford.

"Playing at Bath was a great life experience for me," he said. "All the players and coaches were great with me and living away from home at 19 was a big learning curve. I learned a different type of game with different running lines and viewpoints.

"I really enjoyed my time at Wigan and it was great to get my opportunity in the first team in 2017. I owe a lot to the academy coaches at the club, particularly Matty Peet and my team-mates were also a big influence on me.

"Last season was a difficult year as I played one Super League game and then got a knee injury which ruled me out for the rest of the season. This year I haven't been able to force my way into the first team plans and I've been at Swinton.

"Swinton's been great for me. It's a quality club and the lads really enjoy playing there and I hope they continue to do well. The supporters are fantastic and it's a really friendly, family atmosphere."

Forsyth played under John Duffy during his time as coach at Swinton and says the opportunity to sign for him at LSV was something he couldn't turn down.

"I'm excited to come to Leigh," he said. "It's a big club and I've got the chance to play with some great players. There are three or four lads I've played with before and from my first training session I felt at home straight away. They are a great group of lads and make it easy to fit in and they all work hard.

"The Championship's a really tough competition and I've every respect for all the players who dedicate so much to training and playing when they've got full-time jobs as well. Playing under Duffs again and also his brother Jay was a big factor for me. I enjoy the style of rugby that they play and it'll be good for me.

"I played for Wigan against Leigh at LSV in Super League in 2017 and the atmosphere that night was incredible and it will be great to play in front of the Leigh fans."

Forsyth scored three tries in 14 Wigan games and has scored 12 tries in 24 games on dual registration for Swinton Lions. His final game for the Lions was in last Sunday's AB Sundecks 1895 Cup defeat at Dewsbury and so he will be unable to play for Leigh in that competition this season.