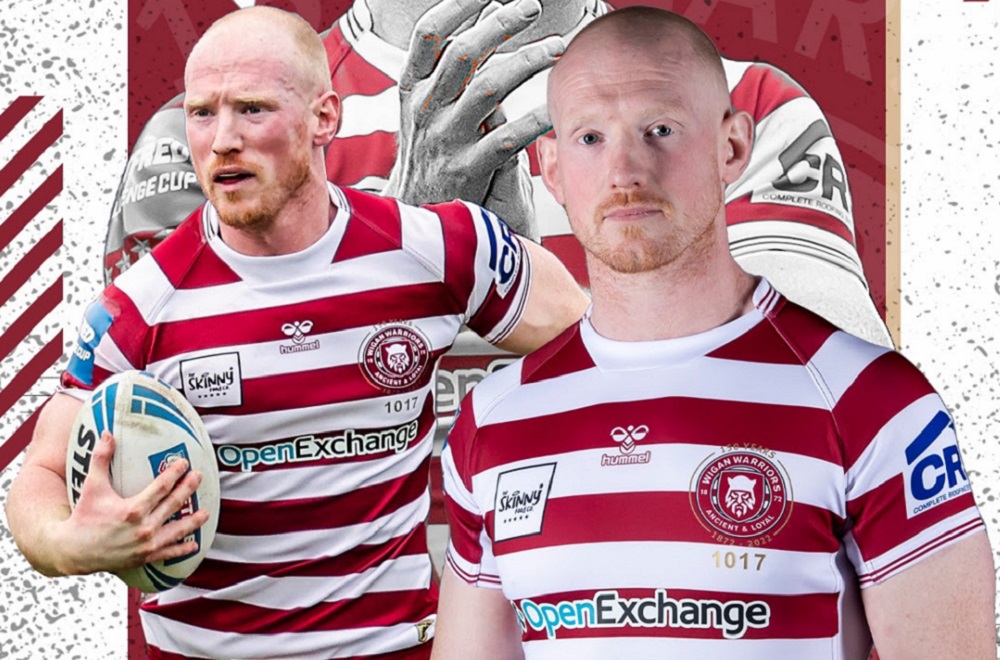 Wigan Warriors are delighted to announce that Liam Farrell has signed a new contract with the Club.

The second rower has put pen to paper on a new three-year deal, which means Farrell will stay with the Club at least until the end of 2025.

Starting off at Wigan St Patricks ARLFC, Farrell was signed by Wigan’s Scholarship system and went on to progress through the ranks to make his first team debut in 2010. That year, he ended a Super League Grand Final winner, and it was just the start of many years of success to follow.

Farrell is a one-Club man who has had a glittering career so far – winning all there is to claim in the game – and is now one of the key leaders in the Wigan squad.

So far, the 31-year-old has made 312 appearances for his hometown Club, scoring 126 tries – with his 80th minute match-winning touchdown in the Good Friday Derby against St Helens in 2011 going down as a part of Club folklore.

Farrell, who had his testimonial year in the 2020 season, has also represented his country – playing for England at the 2013 World Cup and making 10 appearances overall.

On his new deal, Farrell said: “It was an easy decision. I approached the Club and said I’d like to stay. It was a pretty easy process. I am very happy to be here for another three years. It’s looking like it’s going to keep me as a one-Club man which I’m very happy about.

“To have had the career I’ve had so far and hopefully some bright years ahead of us as well, I’m very pleased.

“I have fond memories of playing in Finals and Cup Finals and I’d like to think there’s quite a few to come as well with the healthy young talent and experience we’ve got.

“I wouldn’t wish for anything than being here. Being a little lad and coming in the stands with my mum and dad when I was eight or nine, going on to be a ball boy and playing in the Academy, I’m probably a typical Wigan lad who wanted to play for Wigan and have been very fortunate enough to do that.

“I came in just at the right time. I was around the fringes in 2009 and Madge [Michael Maguire] liked what he saw of me and he put me in. To go on and play in the Grand Final in 2010 was unbelievable and there’s been so much success off that back of it and I feel very privileged.”

Head Coach, Matt Peet, added: “Liam is enjoying another outstanding season, his consistent levels of performance are down to his relentless dedication and excellence in his preparation. He is an important leader for the Club which is a role he takes great pride in.”