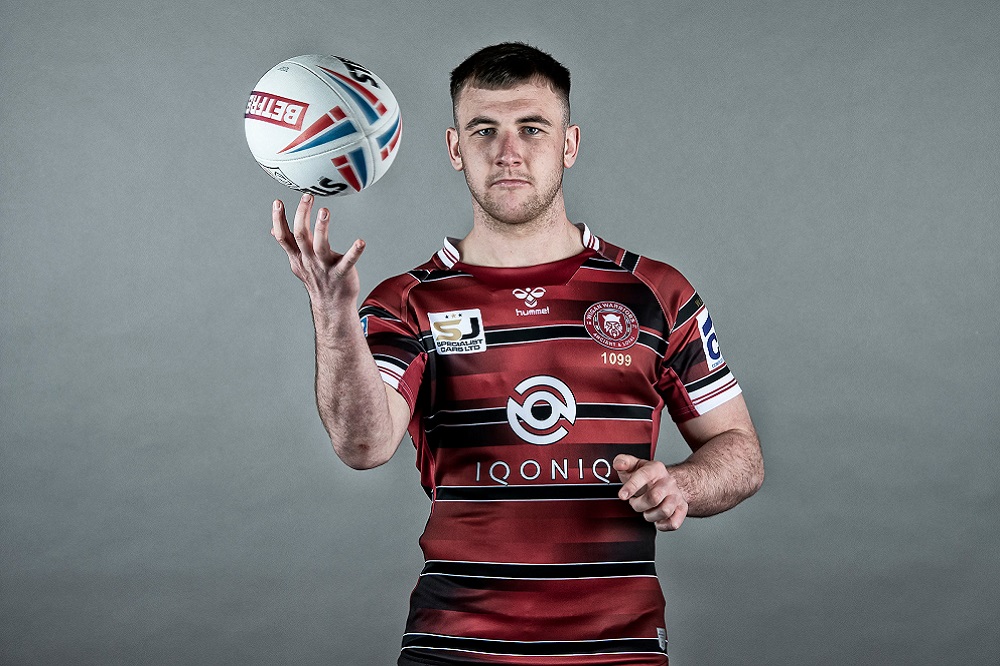 Wigan Warriors are delighted to announce that exciting young scrum half Harry Smith has signed a new four-year contract with the Club.

With 22 appearances and six tries to his name so far, the 21-year-old’s consistent and impressive performances have seen him be rewarded with a long-term deal keeping him at Wigan until at least 2024.

A former St Jude’s ARLFC junior, Widnes-born Smith joined Wigan’s Scholarship system as a 14-year-old from Halton Farnworth Hornets. His rise through the Academy saw him become captain of the Under-19s team and a three-time Academy Grand Final winner.

Following a loan spell at Swinton Lions in the first half of 2019, he made a try-scoring first team debut for Wigan against Catalans Dragons before representing England Knights for the first time in an international fixture win over Jamaica.

On signing his new four-year deal, Smith said: “I’m absolutely delighted to be signing a new long-term contract with Wigan. I’ve been here since the age of 14 working my way through the Scholarship and Academy System and I can’t wait to see myself and the team continue to grow over the next four years.

“The Club leaves nothing to chance and you only have to look at the fantastic facilities we have at Robin Park to realise that. I’ve got a lot of friends here who I came through the Academy system with, so it’s great to be able to continue playing with them. We also have a great first team squad and a number of players my age who will continue to go from strength to strength. I’m really looking forward to the next four years here at Wigan Warriors.”

Wigan Warriors executive director, Kris Radlinski, said: “The retention of young exciting players should be celebrated just as much as bringing in new signings to the Club.

“Harry Smith is very much a key figure for Wigan in the coming years. Every time something has been asked of him, he has delivered. He has a strong skill set and goes about his business in a calm and confident manner. With his long-term future now decided, Harry can work on fine tuning his game to take it to the next level. I have no doubt that his commitment and dedication mean he will have a successful career at Wigan.”

Warriors head coach, Adrian Lam, added: “I watched Harry when he played for the England Academy side against Australia and thought him outstanding. I’ve always thought he was going to be a special player for Wigan.

“From that moment, I always wanted him to be a part of the first team squad and put him in early in the season last year to see how he would go. The way he developed over 2020 was outstanding and his performance in the game against St Helens last September saw him take a step up, showing he is good enough to play at any club in Super League.

“He has one of the best kicking games in the league. When I give him advice, he takes it onboard and is a quick learner, so there’s some great signs moving forward from him.”

Chairman, Ian Lenagan, commented: “The last 12 years of Wigan’s strategy has been based upon the importance of youth development and bringing young players through into the first team as early as we can and supporting them. Harry is a key part of the current generation coming through and we are pleased to sign him on a new long-term contract.”