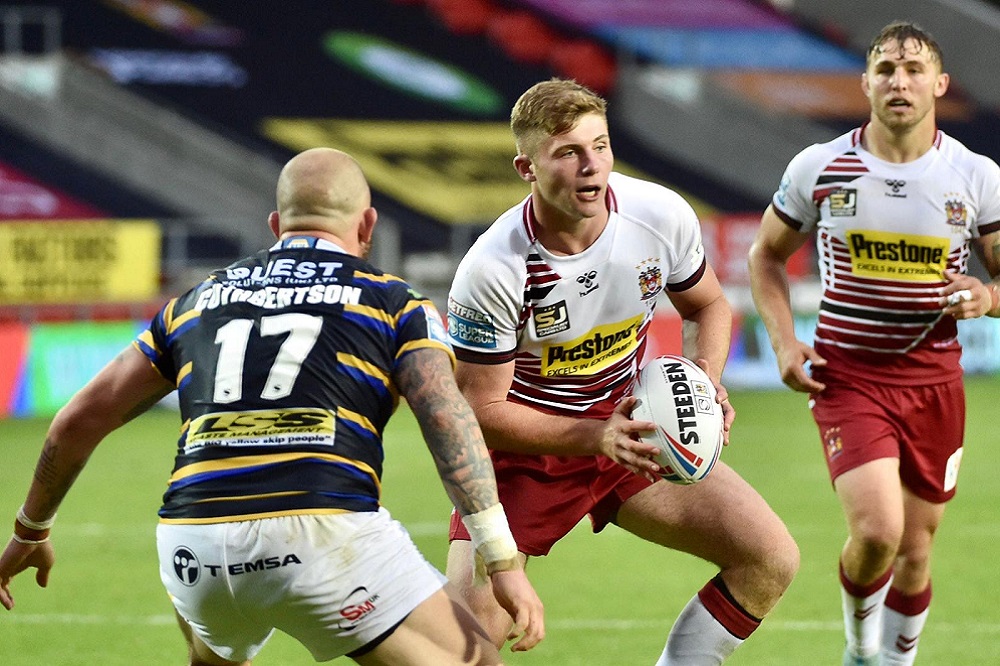 Wigan Warriors youngster Ethan Havard has signed a new deal that will see him stay at the Club for the 2021 and 2022 seasons, with a further option for 2023.

After making his debut for Wigan last year, the 19-year-old has made a breakthrough into the first team squad this campaign, making eight Betfred Super League appearances so far in 2020.

The Bulgarian-born prop joined Wigan’s Scholarship system in 2016 from Wigan St. Patricks ARLFC. After progressing to the Under-19s level in 2018, the 6ft 3 forward became a double Academy Grand Final winner with Wigan and in total made 42 appearances, scoring 16 tries.

In July 2019 against Wakefield Trinity, Havard played his first professional game for the Club. Ahead of the 2020 campaign he was given the No.30 shirt as part of Adrian Lam’s 2020 first team squad.

Wigan Warriors executive director, Kris Radlinski, said: “Ethan has proved in recent weeks that he has a very bright future in front of him. He is more than holding his own in Wigan's first team squad and has shown maturity beyond his years.

“He is a very confident, calm and composed individual who has a clear direction of where he is going in the game. We look forward to watching his career develop.”

Head Coach, Lam, said: “Ethan is a young man with a big future. He’s come through our junior programme, so he understands our DNA as a Club and who we are.

“He works as hard as anybody in the Club and he’ll only get better with more pre-seasons and taking on the advice from his coaches.

“We’re very proud to have him at our Club. He’s our future and he’s one of many young players coming through that we are looking forward to seeing develop.”