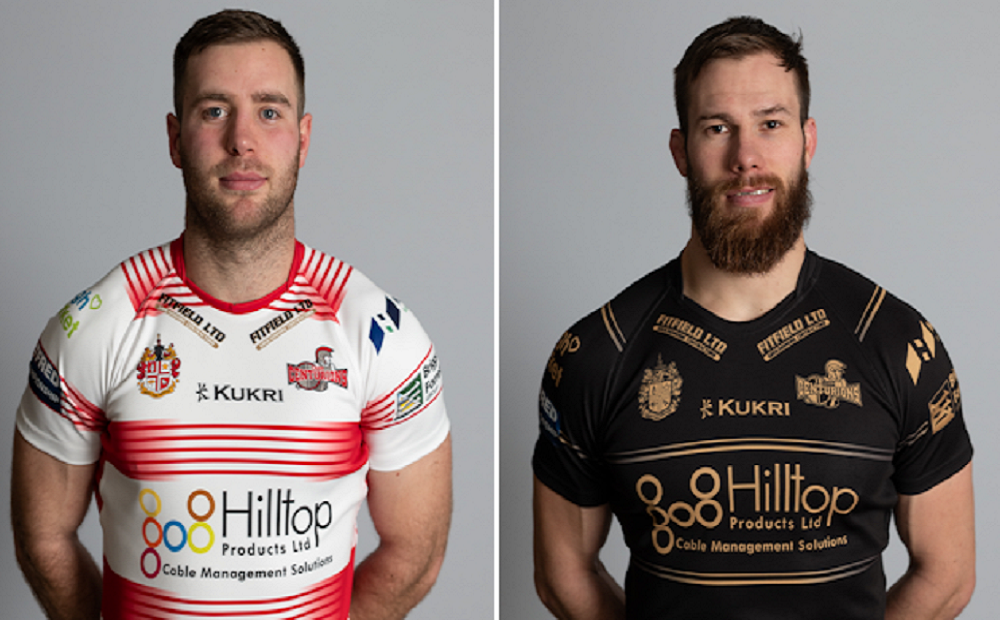 Two Leigh Centurions players have agreed full-time contracts with the Club following their promotion to the Betfred Super League.

Centre Iain Thornley and forward Tom Spencer had previously combined playing for Leigh with their respective careers away from rugby league. But now the pair will go full-time with Leigh Centurions much to the delight of Head Coach John Duffy.

Duffy said: “Iain and Tom are two players who have been fantastic for me and I am really pleased they are going full-time. It speaks volumes about them that they are willing to take this opportunity and give their all for the Leigh Centurions in 2021. I am very pleased they have both been able to secure full-time deals because they are two players who have been on the same journey as me since I came to the Club.”

Thornley was one of Leigh’s stand-out performers in 2019 and featured heavily in the Club’s end of season awards. During his career, Thornley has played for Hull KR and Catalans Dragons but it is with Wigan Warriors where he enjoyed most success, winning a Grand Final Winner’s Ring and a Challenge Cup Final medal in 2013.

Spencer, 29, is in his second stint with Leigh having started his career with Wigan. He rejojned Leigh for 2019 from London Broncos and has now played more than 100 times for the Centurions. He made his Leigh debut while on dual registration from Wigan in 2012 before joining the Centurions permanently in 2014.