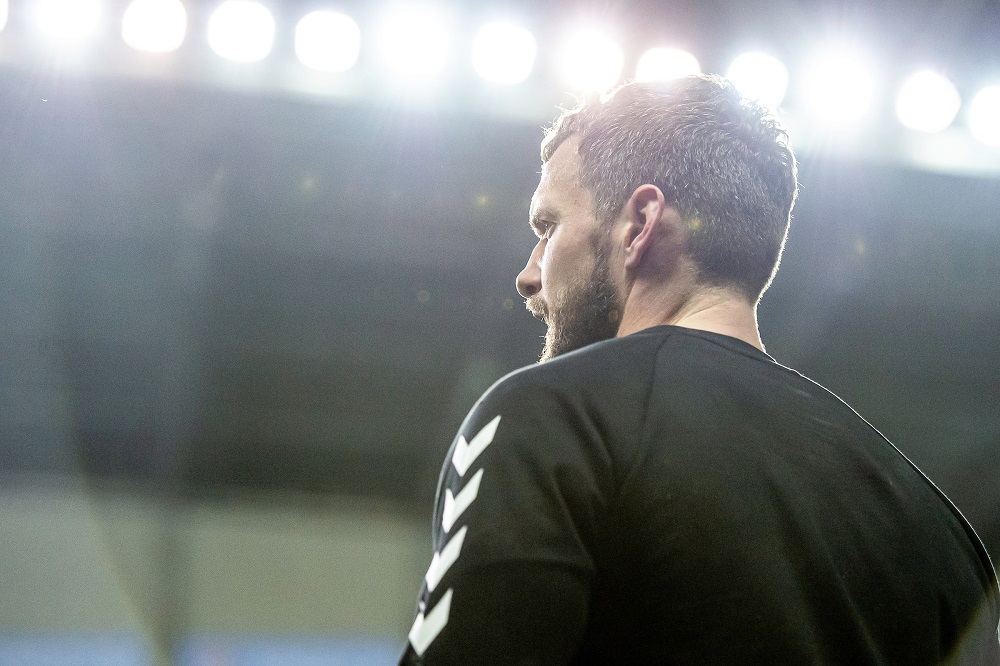 Wigan Warriors legend Sean O’Loughlin has confirmed he will call time on his illustrious 19-year career at the end of the current Betfred Super League season, meaning 2020 will be his final year playing for the Club.

After playing 457 games and winning ten major honours with Wigan, the one-club man and captain has announced today that he will hang up his boots and that his 19th season as a Rugby League professional will be his last.

Revered by colleagues and opposition players with many pointing to him as one of the modern greats, 37-year-old O’Loughlin has been one of the most respected, consistent and inspirational players of the Super League era and captain of both club and country.

After joining Wigan’s Academy from Wigan St. Patricks ARLFC, O’Loughlin made his first team debut for his hometown club against Hull FC in April 2002, earning him the heritage number 947.

Aged 24 in 2006, he was handed the Wigan captaincy and four years later led the Club to its first major titles in eight years, winning the League Leaders’ Shield and the 2010 Super League Grand Final.

The following year, the loose forward guided the Club to its first Challenge Cup in nine years, before captaining Wigan to a second League Leaders’ Shield in 2012 and a historic Challenge Cup and Super League double in 2013.

Following a third Super League crown in 2016, the Great Britain and England international steered the Warriors to a record-breaking fourth World Club Challenge win with victory over Cronulla Sharks at the DW Stadium.

His most recent Grand Final success came in 2018 and, after signing a one-year contract extension with the Club in 2019, he has played six games so far this season – helping the Club to a third League Leaders’ Shield.

As the Betfred Super League season reaches its conclusion, O’Loughlin has today announced his retirement at the end of the 2020 campaign with 504 career games under his belt.

On his career retirement, O’Loughlin said: “I’ve always known it would be a difficult decision because it’s something you love doing. To not be able to do that going forward is pretty difficult to take.

“I’ve loved every minute of it. Even seasons when we’ve not won trophies, I’ve enjoyed playing. The reason you start playing as a kid is because you enjoy it and I don’t think I’ve ever lost that enjoyment. It’s got more difficult as you get older, but the enjoyment is still there.

“We’ve had tough years and years where we’ve done fantastically well, but I wouldn’t change any of it.

“I want to say a big thank you to the fans. As a player you go out there and having a supportive crowd inspires you. I think what they bring to games is special – the intensity and the atmosphere is something you remember after you’ve finished playing. I wish we could see out these last few games in front of fans but that isn’t going to happen. The finish to this year won’t tarnish the memories I already have.

“We’ve got two games left, so for me it’s been all about getting back and ready for that. When Lammy [Adrian Lam] puts a team out on the pitch, hopefully I can be a part of that.”

Wigan Warriors chairman, Ian Lenagan, said: “Sean O’Loughlin will go down as one of the greatest players to have represented Wigan Warriors Rugby League Club.

“Sean has played his entire Rugby League career at Wigan and sits 7th on the all-time Wigan appearances-made list. His leadership qualities and loyalty are legendary.

“To spend 19 years at his hometown club and claim the honours he has won underpins what he is all about. He is a true Wiganer, an outstanding Warrior and a born winner.

“Throughout his distinguished career with Wigan and on the international stage, he has always given 100% in every game and continuously wears his heart on his sleeve.

“When the Lenagan family acquired Wigan in 2008, the intention was to bring Wigan back to trophy-winning. No-one could have led that better than Sean O’Loughlin, captain throughout those 13 years with ten major trophies earned and the real possibility of another before retirement.

“I am eternally grateful to Sean for everything he has done for the Club, for Super League and for his country. The success and inspiration he has brought to the game is exceptional and we as a Club have been very lucky to have him.

“I and everyone at Wigan Warriors would like to wish Sean the very best of luck for the future and thank him for his outstanding commitment and the wonderful memories he has brought to the Club.”

Executive director and former teammate, Kris Radlinski, added: “There have been many superlatives mentioned about Sean over the years and all of them are true. He is a wonderful Rugby League player and his name on the team sheet inspires his teammates. But it’s his qualities as a human being that I like to remember most.

“His humility and personality have led to him becoming one of the most liked blokes in the changing rooms for nearly two decades. He should be extremely proud of the career that he has constructed.

“He will be remembered alongside Dean Bell, Ellery Hanley and Andy Farrell as one of the Club’s great captains. I am excited to start work on the next phase of his career with him as he moves on to the Wigan coaching team.”

Head coach and ex-teammate, Adrian Lam, commented: “When I arrived, one of my first experiences was playing with some legends. But during my time playing here, Sean O’Loughlin came through and I knew immediately that he would be here long-term.

“What he’s done for this Club over a long period of time has shaped it into a very successful last ten years.

“He’s potentially the best attacking forward in the world. He’s a great leader. He leads with actions more than words and he’s respected highly by his peers. He’s also a great guy.

“He’s got a great sense of humour; he likes to have a laugh and a joke with everyone and that’s another great thing about him.

“I’m grateful to have had the opportunity to coach him at the end of his career.

“I’ve watched him grow from the young player I knew to the great player he is today; you don’t have too many of these very special one-club players.”

As part of the celebrations to mark the end of O’Loughlin’s stellar career, the Club would like to announce that he will be entering the Wigan’s illustrious Hall of Fame immediately.

Chairman, Ian Lenagan, said: “It’s the first time since 2016 that we have inducted a player into the Wigan Hall of Fame. It is absolutely fitting that Sean is that player.

“Some of my favourite Wigan players ever are in the Wigan Hall of Fame and Sean deserves to be proud to be in such illustrious company.”

A Hall of Fame dinner will take place in the summer of 2021. The Club is pleased to announce that a second Wigan player will be inducted on the same night with fans having the chance to vote from a shortlist in the coming weeks.