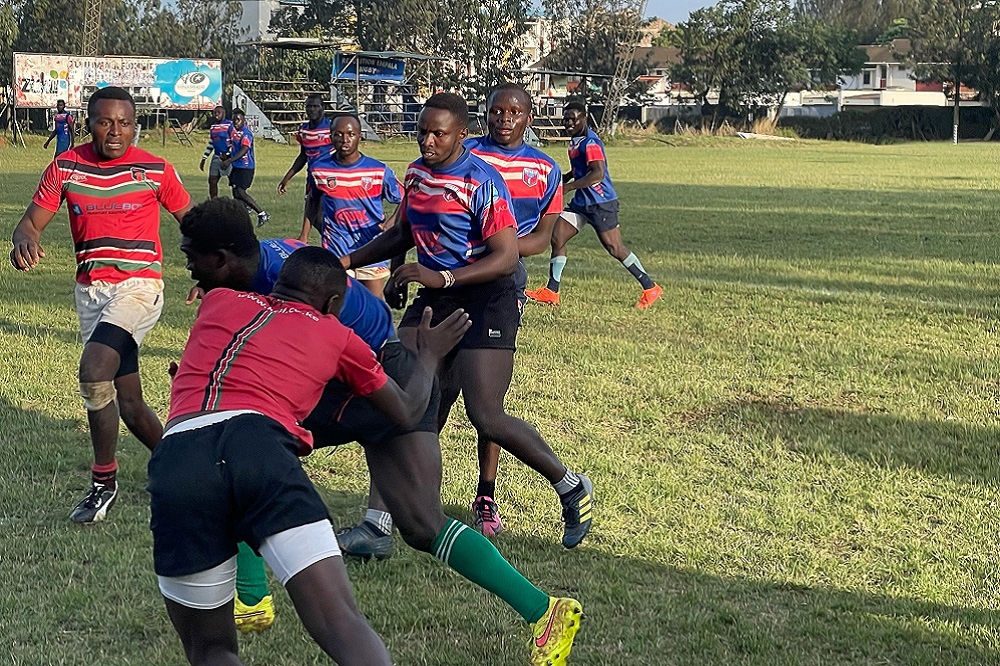 History was made at the Impala Stadium, Nairobi when Kisumu Winam defeated Rift Valley Ruffians from the Nakuru region 34-20, in the first-ever Kenya Rugby League Federation Grand Final.

Back rower Philemon Olang was the star performer, posting the opening two tries and having a hand in his sides four others, Kisumu leading 16-0 at the break. Kisumu head coach Antony Lamado, whose side was only formed three months ago, commented: “The boys have shown that they can play at this level and it is a pleasure to make history, that’s a real plus for our side.”

In the curtain-raiser for third place, Kitengela Sharks - who had topped the table going into the semi finals - defeated Wolves XIII, 36-18. The Kenya championship was made of six sides across the regions, Rhinos and Administration Police, Utawala the others.

Ruffians, who travelled 450km for the game, had two early opportunities to take the lead, but on both occasions lost the ball over the line and never fully recovered. Lawerence Okello, head coach of Rift Valley noted: “We tried our best but made too many mistakes and ended up playing catch up. We will build on this for next season as the game continues to grow here.” Lucky Otieno claimed ten points for his side.

The matches were officiated by members of the Middle East Africa technical courses being undertaken in Kenya around the games, Marshall Nortey (Ghana) and Kamdem Brice (Cameroon) refereeing a half each of the opening game, with Brian Odiwuory and Esther Nyambura (Kenya) touch judges, and Sarah Brendah (Kenya) and Nuhu Ibrahim (Nigeria) policing the in goals.