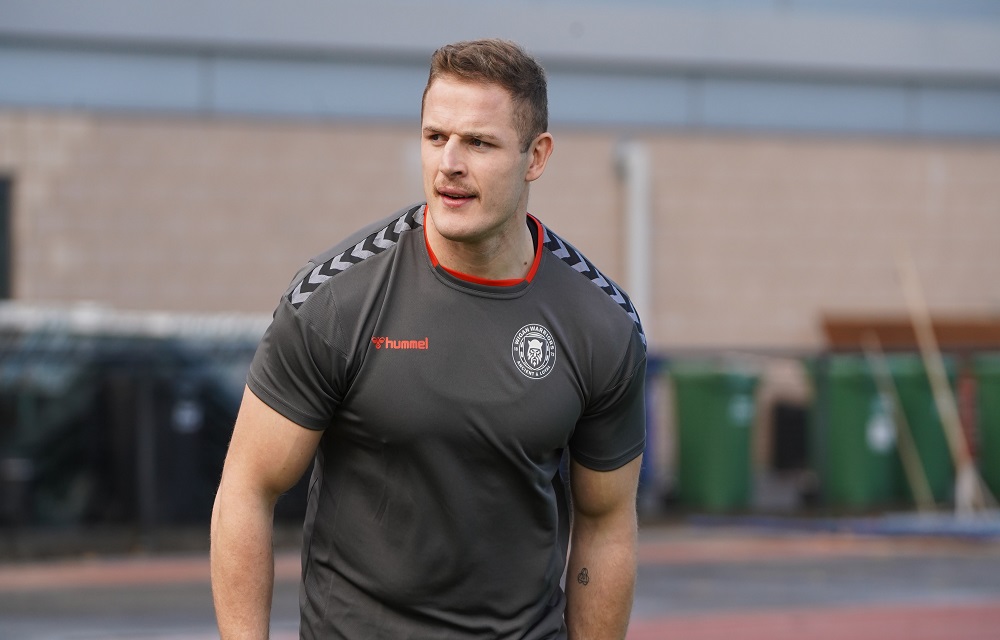 With a major operation and the prospect of many months of rehabilitation afterwards, Burgess has decided – with the full agreement of Wigan management – to focus on a return to normal physical health as his top priority.

This follows a debut season in 2020 massively disrupted by a hip injury in which the 28-year-old prop made eight appearances and scored one try.

Wigan Warriors executive director, Kris Radlinski, said: "George requires hip surgery for his persistent hip problem which hampered him so badly in 2020. The specialist who will perform this very invasive surgery is overseas on service with the military until March.

"Following the operation, George will have to undergo a seven-month rehabilitation programme which rules him out of the entire 2021 season.

"In what has been a very challenging time, both physically and mentally for George, discussions commenced over the Christmas period to find an amicable solution.

"We commend George for his mature and honest approach – putting the considerations of the Club at the forefront of his deliberations. George has informed his teammates of his decision, all of whom have been incredibly supportive. He spoke very passionately to his teammates about not wasting any opportunities because one day it will all be over.

"We have a tremendous amount of respect for George, and we would like to thank him for being a part of our Club where he will always be welcome."

George Burgess said: "I would firstly like to thank everyone involved with the Wigan Rugby League Club including all the staff, players and fans for welcoming me so warmly to the Club when I arrived with my young family, and for the continued support and patience in a season which was the most challenging of my career – physically and mentally – and saw me slip into some dark places throughout.

"After lots of thought, myself and the Club have come to the mutual agreement that it is of the most importance that I get this life-changing hip resurfacing surgery, not only for the chance for me to play at my best again one day in the future but to have a better quality of life – mentally and physically – for my family also.

"Although my time at Wigan did not pan out the way anyone would have wanted it to, I am extremely grateful for the friendships I have made in my time here and I know this Club will have many successful years in the future."

The Club wishes George all the best for the future.