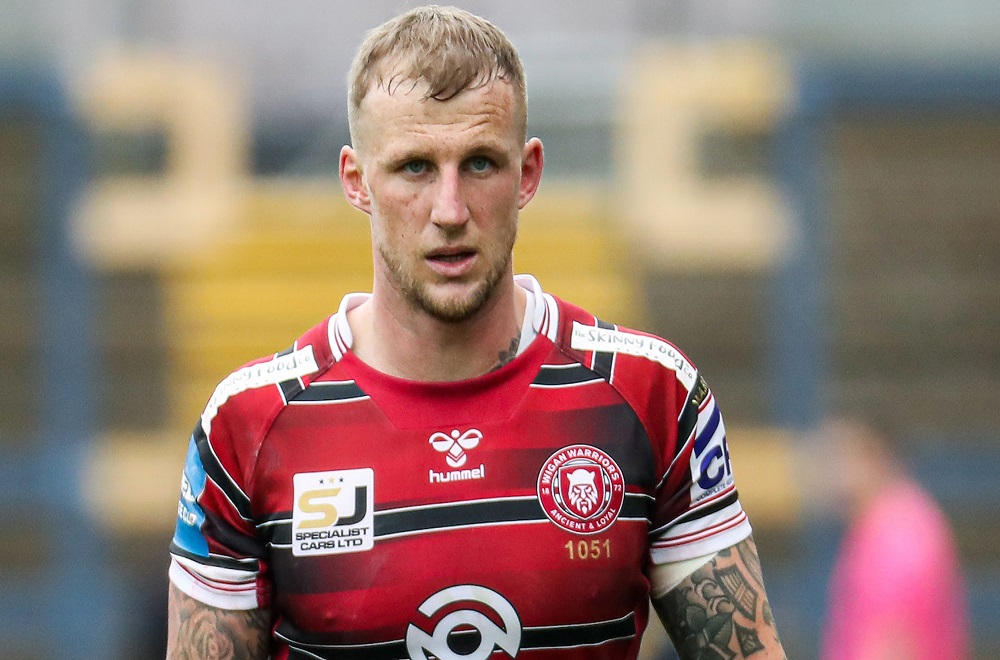 Dom Manfridi to retire at end of 2021 season

Wigan Warriors can confirm that Dom Manfredi will retire at the end of the 2021 season.

After being medically advised to call time on his playing career due to injury, Manfredi has decided to hang up his boots at the end of the year.

Manfredi has pledged his commitment to the Club by honouring his contract and wanting to continue for the rest of this season, once he is fit to play.

The 27-year-old winger suffered a knee injury in training last week – an injury to his left knee that has given him multiple issues in the past.

Manfredi has been at Wigan since he was 14 – progressing through the Club’s Academy system, making his first team debut in 2013 and playing 82 games and scoring 57 tries overall.

Renowned for his explosive power and quick feet, he has won two Super League Grand Finals and was part of the 2016 Dream Team.He also played an important role in helping Wigan win their first League Leaders’ Shield in eight years in 2020.

Alongside the success has unfortunately come numerous injury setbacks and prolonged spells on the sidelines. In a run of bad luck, Manfredi suffered back-to-back ACL injuries on his left knee and another on his right, resulting in three reconstructions in just five years.

On his decision to retire at the end of the year, he said: “As everyone knows, I’ve had a lot of trouble with my knees, especially my left one since I was young. The number of injuries I’ve had to it has finally taken its toll.

“I’m in pain constantly and it’s effecting my quality of life. Over the last nine months, the pain has been increasing and I’ve had more symptoms, but I’ve been trying to battle through it. It’s come to a point where I’m struggling to get through a week in training.

“I’ve been expecting the news for a while because of the amount of pain I was in. I knew it wasn’t normal, but I just tried to hide it. It’s got to a point where I can’t hide it anymore which is why I went to see the surgeon. Nothing else can be done. I’m going to try and manage it as well as I can this year by having injections and getting the best physio treatment and rehab available.

“I’ve had some incredible lows, but I’ve also had some unbelievable highs. All in all, it’s been worth it. I’ve given my body to Rugby League, and I’d do it all again. I believe rugby has made me the person I am today.

“I want to go out on a high and do my best for the team. I know I’m struggling at the moment, but hopefully in a few weeks I feel a bit better, and I can get out there and do my part.

“I can’t thank the staff at the Club, the players and all the fans enough for all their support in my time playing. They’ve had my back through thick and thin and I couldn’t have done it without them. They’ve all been so good to me and I’m so grateful.”

Executive director, Kris Radlinski, said: “We are all so proud of the journey that Dom has been on. He has overcome injury after injury but in the process, he has amassed a lifetime of memories.

“He is rated very highly by the players and teams he has played against, but it is those in the inner circle who have the most respect for Dom.

“The hours of work that Dom has put in on his own in the gym when nobody is around and then the constant strapping of ice on knees has ultimately taken it's emotional toll.

“He is going to give it one last push for the remainder of this season and then we will chairlift him out whenever his last game comes. He needs all the Rugby League fans behind him on this last push.

“Over the coming weeks we will work hard on planning the support that Dom needs for the life after rugby. He will be missed by everyone at the Club but will always be welcomed back as a champion.”