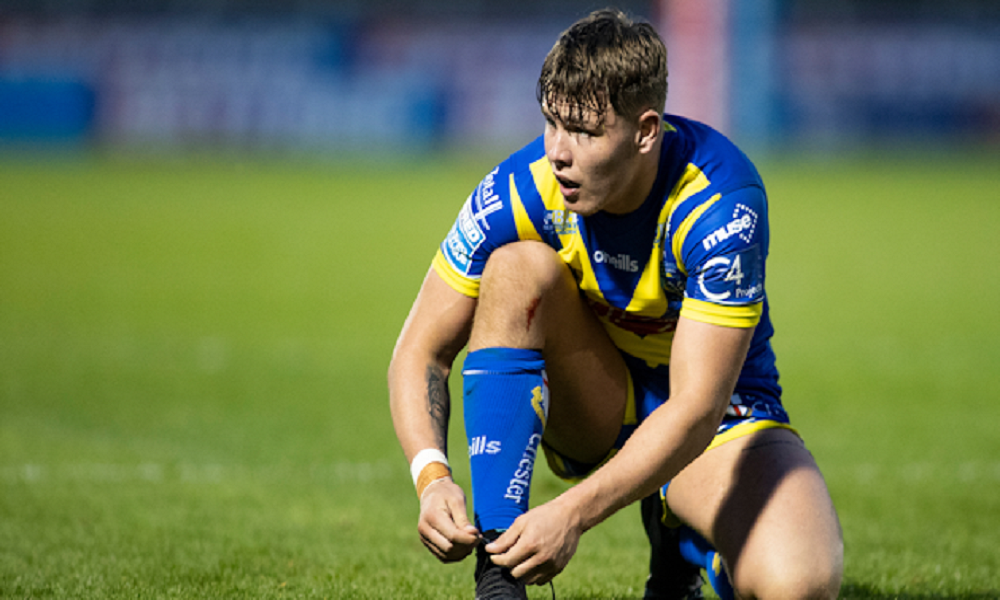 Brand on loan to Centurions for 2021 season

Leigh Centurions can confirm the signing of Keanan Brand on season-long loan from Warrington Wolves.

Brand has played in the centre and on the wing during his career and his arrival will add depth and options to Leigh’s backline for the 2021 Betfred Super League season.

Born in Ormskirk, Brand started his rugby league journey with Wigan St Pats before joining Widnes Academy aged 14. He enjoyed a memorable breakthrough season with Widnes Vikings in 2019 before joining the Wolves on a three-year contract. In 2019, Brand was nominated as the Championship’s Young Player of the Year and also named the Widnes Players’ Player of the Year. He played 32 times for Widnes that year, scoring nine tries and last year made three appearances for Warrington.

Brand, who turns 22 next month, said: “This is a brilliant opportunity for me and one I’m looking forward to. I didn’t hesitate when I got the chance to join Leigh for 2021 and talking to their coach John Duffy it’s clear everyone is buzzing about being in Super League.

“John Duffy has a good reputation and I’m looking forward to working with him. I know a few of the players at Leigh already such as Alex Gerrard, Joe Mellor and Liam Hood from my time at Widnes as well as playing against quite a few of the squad too. We’ll be going into Super League full of optimism and obviously we’ll be seen as the underdogs but I like the challenge that brings.

“My main objective at Leigh will be to play every week and the Sports Village is a ground I always looked forward to playing it. It’s a great facility with probably the best playing surface in the competition.”

Leigh Centurions Head Coach John Duffy said Brand was a player he’d admired for a long time. He said: “I’ve coached against him when he was at Widnes and he was a player that always caused us problems. He’s a young player with massive potential which is why Warrington signed him last year.

“He is a tough opponent and has many good attributes as well as a great attitude. We had looked at him before the Super League announcement and tried to sign him then but he was adamant he only wanted to play in Super League which says a great deal about the player and shows he’s got something about him.”