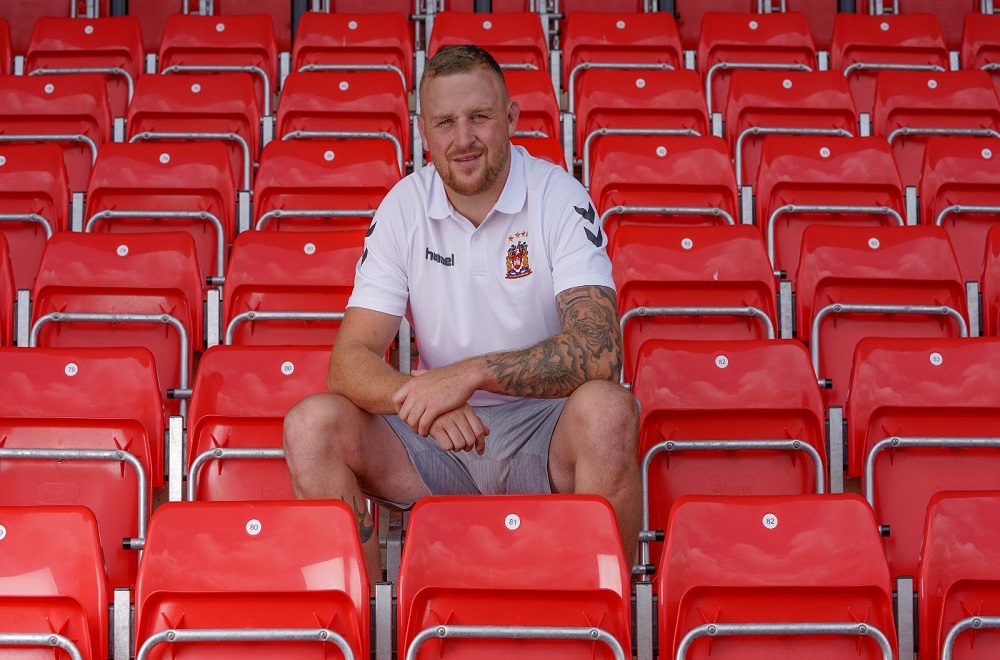 The 27-year-old Cumbrian has put pen to paper at the DW Stadium until the end of 2023 and will join the first team squad for training next week.

Singleton started his rugby league career at Leeds Rhinos in 2011 and went on to play 178 games with the Headingley club.

He featured in the 2015 Grand Final win over Wigan at Old Trafford and two years later became a double Super League champion after victory over Castleford Tigers.

During his nine-year tenure at the Rhinos, the Cumbrian had short loan spells at Dewsbury Rams, Wakefield Trinity and Featherstone Rovers, as well as playing on dual registration at Hunslet.

In 2020, Singleton joined Toronto and made four appearances for the Canadian outfit – including the Round 4 fixture against the Warriors at the DW Stadium in February.

Wigan Warriors executive director, Kris Radlinski, said: “With the end of season deadline fast approaching next week, we have taken the opportunity to strengthen the squad for the final and most difficult third of the season.

“It's fair to say that Brad has been on our radar for many years. We have long admired his uncompromising style and have always felt that he was a Wigan style of forward.

“The opportunity presented itself due to the unfortunate circumstances at Toronto. Brad has been training alone so the intensity of his training won't be where it needs to be yet, so the priority is to integrate him into our squad early next week and build up his workload.

“From my conversations with Brad, I was incredibly impressed with his manner, his intelligence and his desire to win more trophies. He already has an impressive CV with trophy wins under his belt and we expect a second spike with more trophies to follow. I think he will be a quality addition to our pack and a great mentor for some of our younger guys.

“I was talking to John Bateman a few days ago and he was full of compliments for Brad saying that he will be really good for us. The prospect of those two playing alongside each other, in addition to an already competitive set of forwards, is an exciting prospect.”

On signing for Wigan, Singleton said: “It’s a pleasure to be here. Things didn’t go as planned with Toronto so there was a case where I needed to look for another club and with Wigan interested, I was ready to sign.

“I’ve been around Super League for a quite a long time now and I’ve always envied the way this camp played rugby. They’ve got massive history and the badge weighs more with responsibility.

“There are performances expected from a certain type of Wigan player and I hope I can do that justice.

“I’m champing at the bit and I’m ready to give my all for this Club. My main aim is to compliment this group and earn the respect of the lads.”