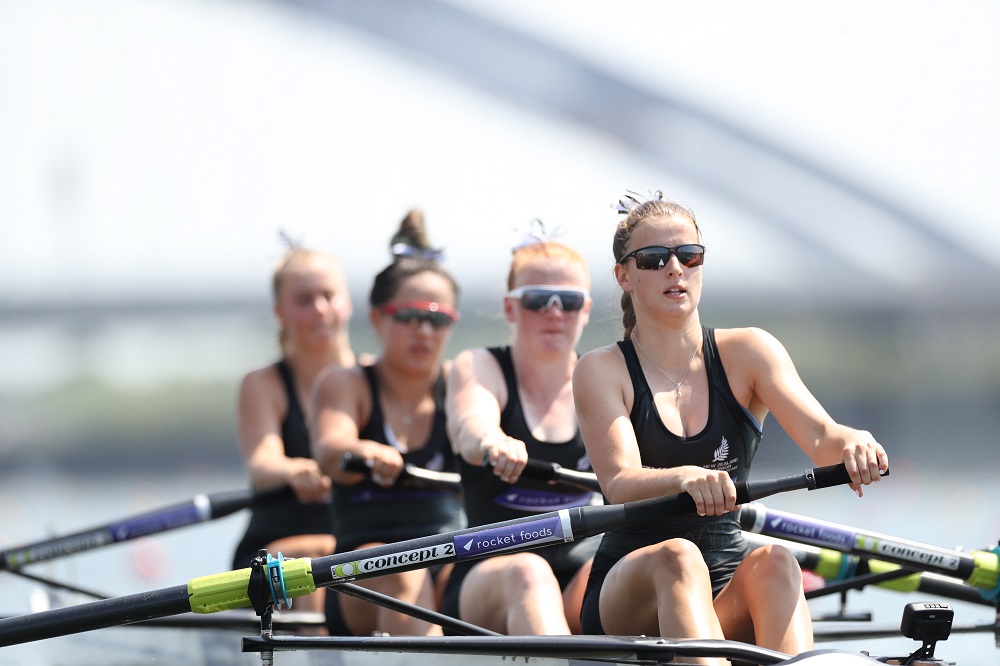 At the conclusion of day two of the 2019 World Rowing Junior Championships, one of New Zealand’s four crews have progressed to an A Final with a further three crews now contesting A/B semi-finals.

After placing third in their men’s double heat yesterday, Kobe Miller and Scott Shackleton placed first in their repechage and move to the A/B semi-final.

After two days of racing the women’s four have progressed to the A Final with the women’s quad, men’s quad and men’s double progressing to A/B semi-finals.

New Zealand crews will next race on Saturday with tomorrow’s racing schedule consisting of repechages, C/D semi-finals and an exhibition race.