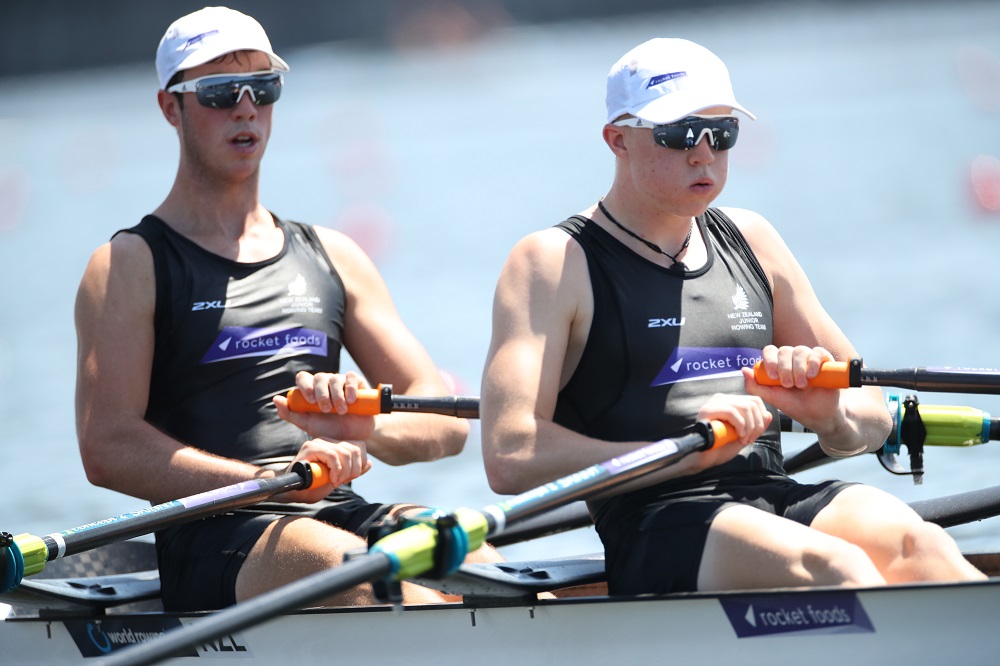 Kobe Miller and Scott Shackleton placed third in their men’s double heat and move to a repechage.