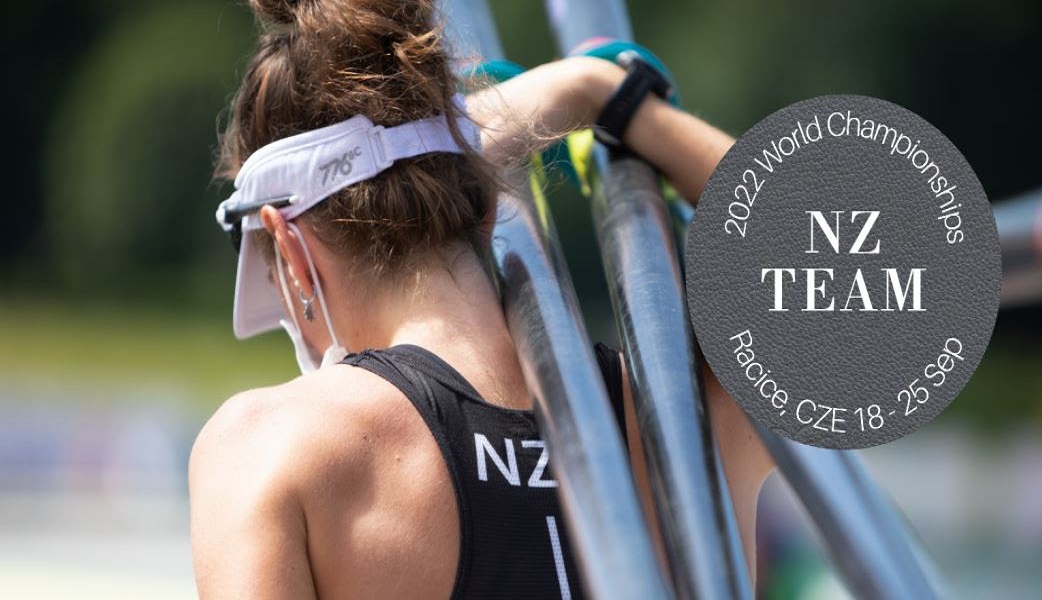 The team of 28 athletes, 5 coaches and 7 support staff will depart for Racice on the 3rd of September

Rowing New Zealand’s main international competitions are the Olympic Games (held every 4 years with the next Olympic Games held in Paris, 2024) and the annual World Rowing Championships. The World Championships is very much the ‘best of the best’ with each country limited to one entry per event.

The New Zealand team has 16 athletes returning from the outstanding success of the Tokyo Olympic Team with 9 athletes to experience their first World Rowing Championships at Senior level.

Tokyo Olympic Champion Emma Twigg will compete in the Women’s Single, with the World Championships being Emma’s first international row since Tokyo having been ill during the World Cup regattas.

Coached by Mike Rodger, the Tokyo Olympic Champions Grace Prendergast and Kerri Williams (nee Gowler) will compete in the women’s pair. Grace and Kerri had a close win leading into the World Championships at the third World Cup Regatta in Lucerne and they are looking to build on that result in Racice.

New combinations have been selected in the Lightweight Women’s Double (Jackie Kiddle and Rachael Kennedy), the Women’s Four (Phoebe Spoors, Beth Ross, Davina Waddy, and Catherine Layburn), and the Women’s Quad (Stella Clayton-Greene, Kate Haines, Hannah Osborne, and Kirstyn Goodger). These crews have a blend of athletes who experienced Olympic success at Tokyo in other boats and new athletes looking to make the most of this opportunity.

The Women crews are supported by travelling reserves (Jackie Gowler, Sarah Wootton, and Charlotte Spence) and will be coached by Mike Rodger, James Coote, and Matt Cameron.

Four crews have been selected to compete in Men’s events.

Following his Olympic debut in Tokyo, Jordan Parry is returning to international competition in the men’s single.

Tom Mackintosh and Matt MacDonald were members of the Olympic gold medal winning Men’s 8 crew and have formed a good combination in the men’s pair. Tom and Matt had some good results in the World Cup regatta’s earlier in the year and are looking to build on these at Racice.

A new Lightweight Men’s Double crew (Chris Stockley and Matt Dunham) will be looking to establish themselves in their first World Championships.

The Men’s crews are supported by travelling reserves (Brook Robertson, Luca Kirwan, and Ben Taylor) and will be coached by Calvin Ferguson, and Gary Roberts.