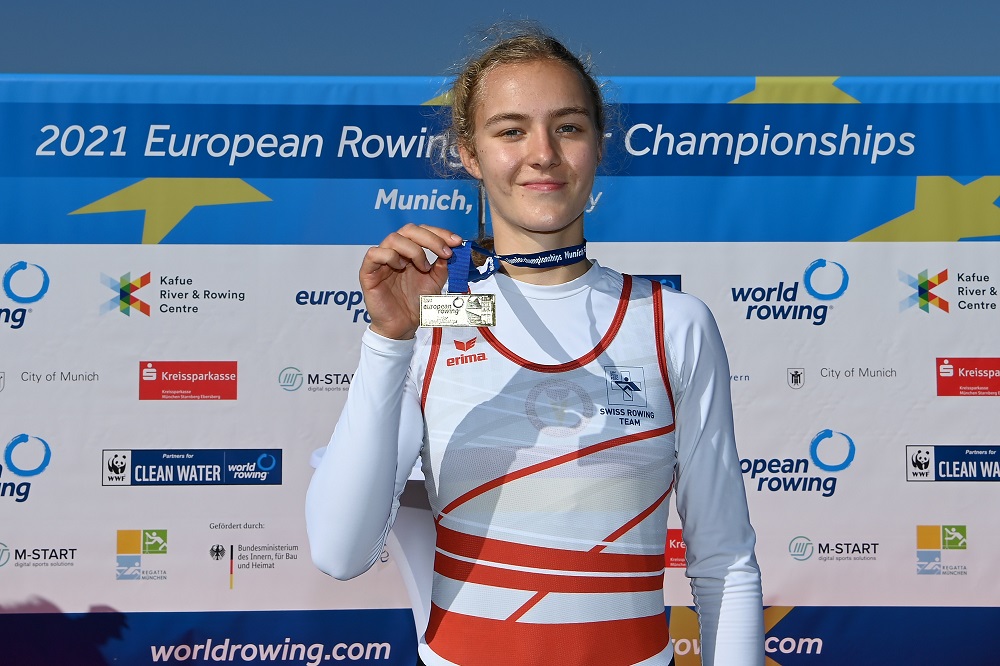 Gold and Silver for Switzerland

What a season end!

U19 world champion Aurelia-Maxima Janzen was crowned U19 European champion in a phenomenal season today.

In total, five Swiss crews ranked among the best seven boats at the U19 European Championship in Munich.

The details of today's races can be found in the attached media bulletin.