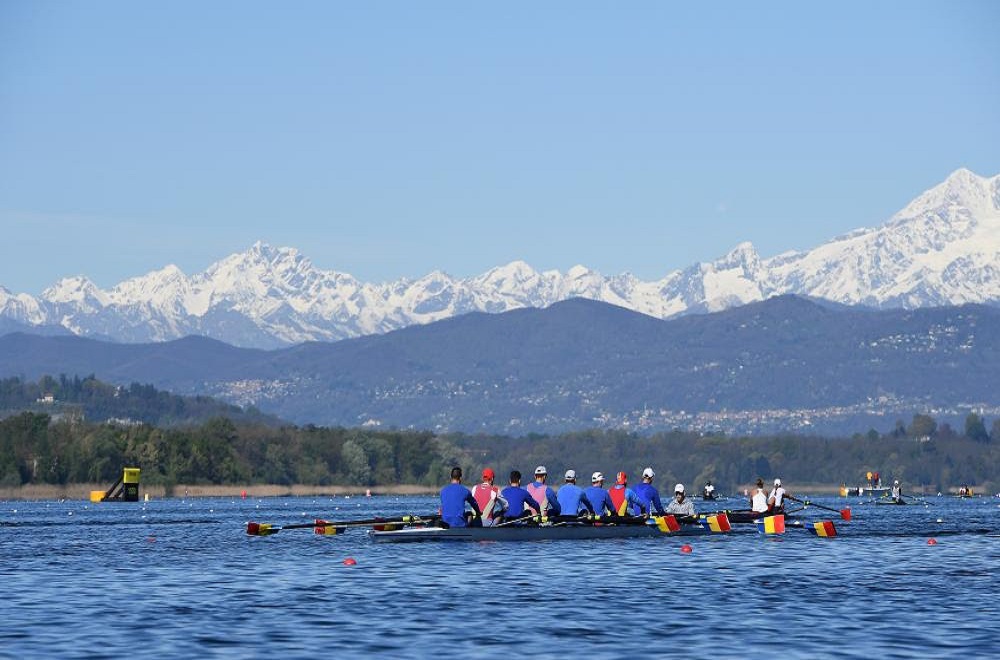 The 2021 international rowing season will truly get underway with the European Rowing Championships which goes from 9 to 11 April 2021 in Varese, Italy.

After a 2020 season that was lean on live rowing events, there are still many precautions in place for 2021 due to the coronavirus pandemic. But the European Championships looks set to be business as usual on the racing front. The championship regatta has attracted 629 athletes from 35 countries.

Host nation, Italy has the highest number of boats entered with 21 of the 22 boat classes being raced. Next is the Netherlands and Great Britain both with 18 boats entered. At last year’s European Rowing Championship regatta the Netherlands finished at the top of the medals table. Italy was second.

This year the men’s single sculls has the biggest field of competitors with entries from 26 countries. The field includes the top five finishers from the 2020 European Rowing Championships and leading the way will be reigning European Champion Sverri Nielsen of Denmark. The next three were within half a second of each other at the finish – Poland’s Natan Wegrzycki-Szmczyk, Kjetil Borch of Norway and Oliver Zeidler of Germany. 2020 fifth-place getter, Stefanos Ntouskos of Greece will also be racing in Varese.

The women’s single sculls will be a hotly contested event with entries from 17 countries. Included in the line-up is return of Great Britain’s Victoria Thornley, fourth place at the 2019 World Championships, to international racing. She will be up against single sculling veteran and London Olympic medallist Fie Udby Erichsen of Denmark. Then Jeannine Gmelin, the 2017 World Champion from Switzerland, is there as well as top ranking Austrian Magdalena Lobnig.

Great Britain was not able to attend the 2020 European Championships but they are making up for it this time with a large team that includes the return of 2012 and 2016 Olympic Champion Helen Glover. The Rio Olympics was the last time Glover raced and her return to rowing is eagerly awaited.

Para rowing racing will take place in the PR1 men’s and women’s single sculls, PR2 mixed double sculls and PR3 mixed coxed four. All of these are Paralympic races. Featured will be Birgit Skarstein of Norway, the reigning World Champion in the women’s single and reigning men’s single champion, Roman Polianskyi of Ukraine.

Racing will take place on Lake Varese which last hosted international rowing in 2016 with the World Rowing Cup I. This is the first time for the European Championships to be raced at Varese.

The Varese Organising Committee and World Rowing have established safe event guidelines to ensure all of those involved in the European Rowing Championships will be at the lowest possible risk of any infection from Covid-19.

Racing begins on Friday 9 April at 9:00 CET with heats and progresses through repechages, semifinals and to the A-finals starting at 9:55 CET on Sunday 11 April.