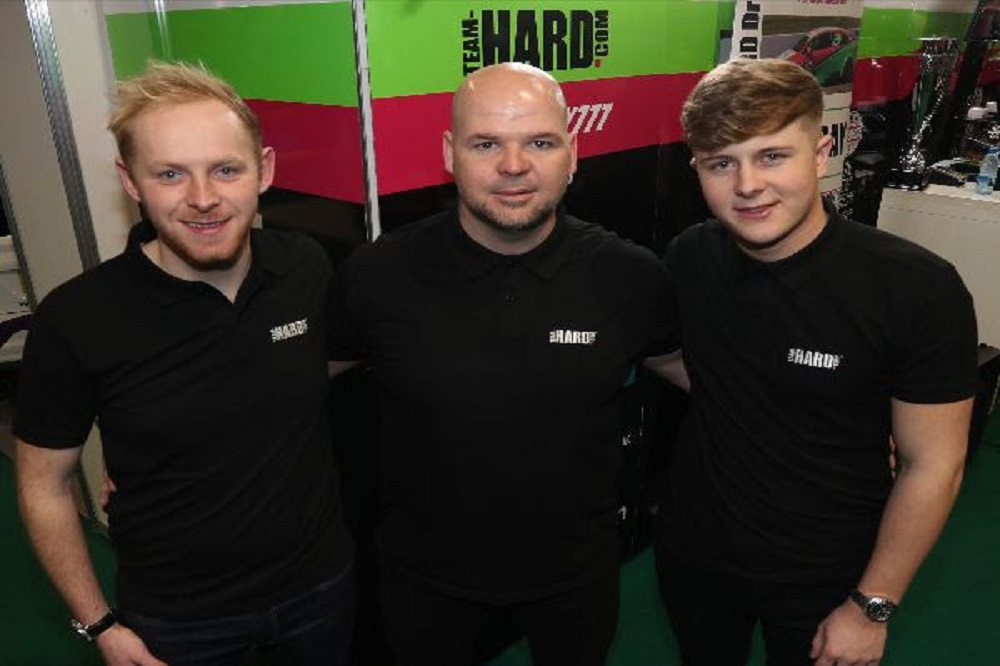 Max Coates and Ethan Hammerton to drive for Team Hard

Team HARD currently competes in a number of race categories including the British Touring Car Championship – 2019 will mark its debut in the Clio Cup, Europe’s premier single-model saloon car arena.

All 18 of the Clio Cup’s rounds in 2019 will race at the BTCC’s high profile events which attract trackside crowds of over 38,000 people and are broadcast live on free-to-air television (ITV4/ITV4 HD) and to mobile devices via ITV.com.

Team HARD boss Tony Gilham said: “We’ve wanted to join the Clio Cup for some years and the timing is just right with Max and Ethan – both will also test our BTCC car during the championship’s mid-season official tyre test.

“With his results in the Clio Cup, Max is going to be a very strong contender for the title. Ethan was the winner of our young driver scholarship and is a very exciting talent.

“Together they make for a very strong driver line-up and our plan is to take them both back into the BTCC with us.”

Coates narrowly missed out on 2018’s Clio Cup title, winning four races and leading the points standings up to the final rounds.

He added: “This will be my fourth season in the championship after coming so close to taking the title in 2018 and leading for the majority year. I’ve learnt more and more each time and I feel confident about the season ahead. I’m particularly looking forward to racing a Clio at Knockhill which will be a great spectacle for drivers and fans alike.”

Coates continued: “It’s a very exciting moment to confirm this deal with Team HARD who do so much to support drivers; their offer of a BTCC test is evidence of this. The Clio Cup features close racing and great business opportunities – commercially this works really well for my sponsors, more of whom I will be announcing soon.

“I’m also really pleased to be doing this with Ethan – he has fantastic raw pace, a sensational ability to put what he is told into practice and very good car control. Having coached him from the passenger seat of a Clio I know this first hand!”

Fellow North Yorkshireman Hammerton, aged 18, competed in several rounds of the BTCC with Team HARD in 2018 having won its scholarship against 100 drivers at the start of last year. He was also runner-up in 2017’s Clio Cup Junior category – won by Jack Young (already confirmed for 2019’s Clio Cup grid with the MRM outfit).

“Having had a taste of BTCC events with Team HARD in 2018 with all the big crowds and live coverage on ITV, I really wanted more of it this year!” said Hammerton.

“It makes perfect sense to stay with Team HARD for 2019 and the Clio Cup car I know well from the junior days. Max and I are near neighbours and good friends; he’s coached me a few times so I know I’ve got a great team-mate to work with.

“History also shows how drivers from the BTCC have gone into the Clio Cup to stay sharp before returning and doing well in touring cars. The racing is very similar and I think that experience will serve me well.”