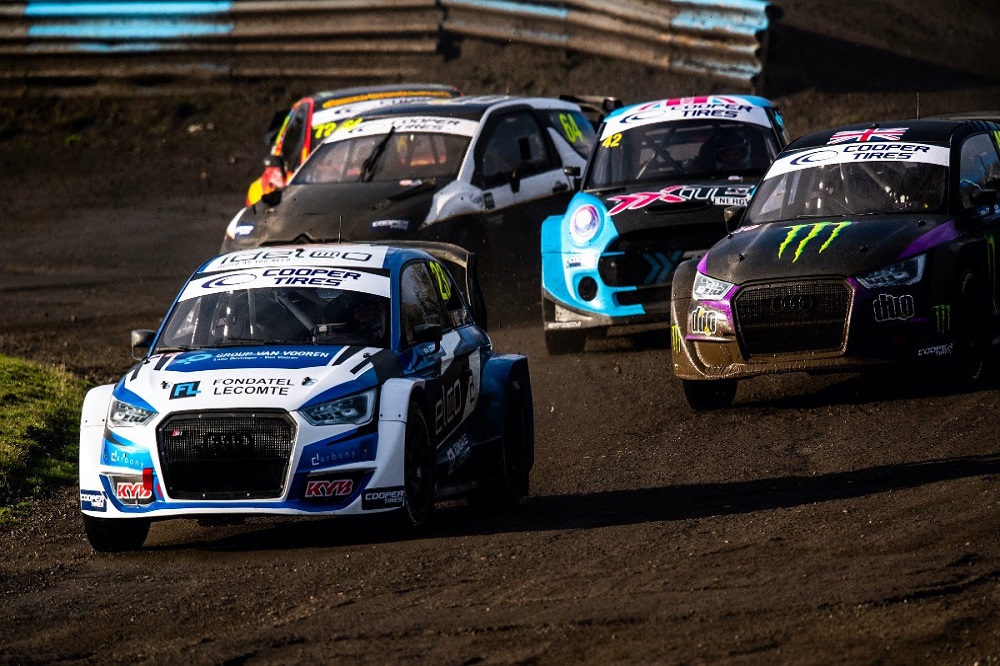 Spa Francorchamps’ place on the 2021 Motorsport UK British Rallycross Championship 5 Nations Trophy Presented by Cooper Tires calendar has been confirmed by series promoter 5 Nations BRX. The World RX venue will bring the season to a close on 4/5 December with a two-day event that is sure to set pulses racing.

Subject to being able to race safely due to the pandemic restrictions, seven Supercar rounds will take place across five countries, starting with the May Bank Holiday weekend at Lydden Hill on 29 & 31 May. The Kent circuit was the location of the first ever rallycross event back in 1967 and is much-loved by both competitors and fans. The circuit will host round one on Saturday 29 May, and round two on Bank Holiday Monday 31.

The 5 Nations Trophy then makes it long-awaited trip across the Irish Sea to Mondello Park for round three on 10/11 July. One of the most popular events on the calendar, competitors will be joined by the cream of the Irish Rallycross Championship across a busy schedule. The championship last visited Ireland in 2017, and remains a firm favourite attracting massive support from the enthusiastic locals.

Round four will see a return to Pembrey in Wales over the August Bank Holiday weekend 29/30. Pledging its unwavering support of the championship, the Carmarthenshire track has undergone significant improvements and, like Lydden Hill, offers incredible on-track race action and spectator viewing around the circuit.

The series then heads north to Scotland for a visit to Knockhill on 25/26 September. Another circuit returning to the championship after a lengthy absence, the track’s recently re-profiled rallycross cut through, where drivers hook a right immediately after the famous Duffus Dip onto the loose, will produce an exciting experience for visitors and drivers alike.

Following the hugely successful trial of competing under floodlights at the last two rounds of the 2020 season at Lydden Hill, organisers are planning to continue this trend into 2021 with the penultimate round ‘Rallycross under Lights’ on 6/7 November. The Home of Rallycross also plans to include its now traditional firework spectacular.

Rounding out the season will be a trip to Belgium on December 4/5 where competitors will get a rare opportunity to sample the World RX track at the legendary Spa Francorchamps circuit. The new 913 metre rallycross layout utilises the famous Raidillon corner and the heralded Eau Rouge section of the Formula 1 track.

The details of which championships will race where will be announced in due course, with some events running double-header rounds of all the classes that make up the 5 Nations BRX race programme.