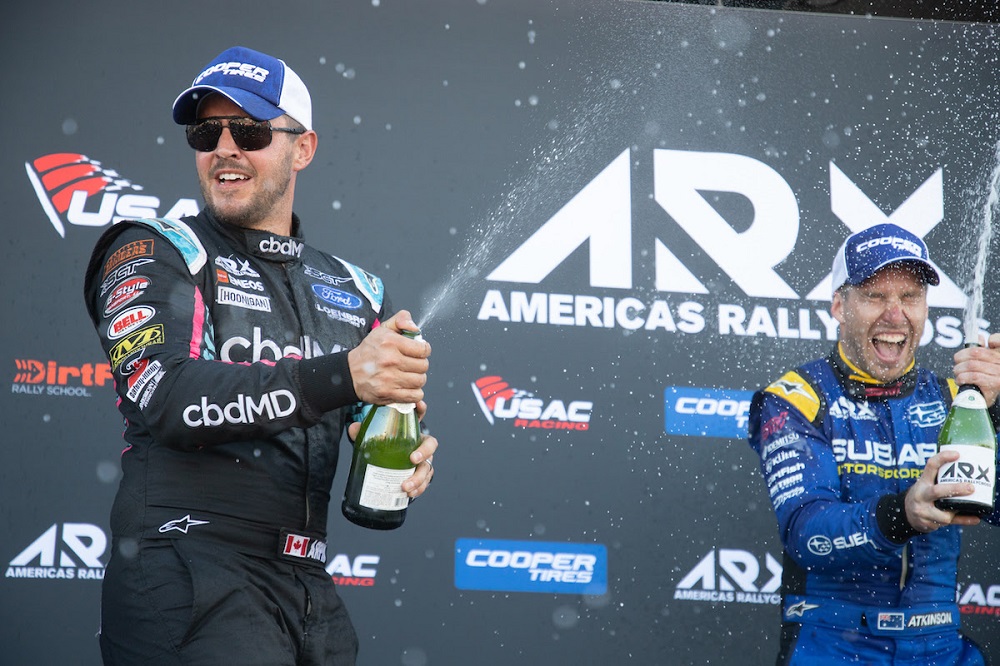 Return to podium for Loenbro Motorsports

“I’m so stoked about how quick we’ve been this ARX season so far,” said Arpin. “Going up against factory efforts with our privateer team, our results are a testament to the amazing people we have in the Loenbro Motorsports shop. We’re still gunning for the top step of the podium, though, and we’re determined to get back there before the end of the season. It would be amazing if we can do it next time out at Trois-Rivieres, as I know I’ll have the Canadian fans on my side!”

Arpin and rookie teammate Travis PeCoy each made both finals from World Wide Technology Raceway at Gateway, as the series’ newest facility earned rave reviews from drivers for its layout and fast dirt sections. PeCoy persevered through a number of challenging situations with other competitors, but posted the fastest time in Saturday Q3 in the #3 Factory Canopies Ford Fiesta ST—more than two seconds ahead of his closest competitor.

“We’ve got the speed to hang with anyone in the ARX paddock, and our heat win from Gateway proves it,” said PeCoy. “There were definitely some crazy moments on track throughout the weekend, and we didn’t get the results in the finals that I feel we deserved, but we know that we’ve got a strong car that can put us on the box anytime we show up to the track. I can’t wait to get back on track in Canada and show the field what we’ve got!”

Michael Leach made his class debut on Saturday with a main event appearance in the #09 American Grinders ARX2 car, after making his rallycross debut in ARX3 last month at Mid-Ohio. The series’ newest rookie outfoxed Mid-Ohio winner Fraser McConnell for the last transfer spot in their semifinal.

“ARX2 is a blast!” Leach said. “It was so cool to compete in these cars for the first time, and Gateway was a perfect track for me to make my debut in them. We learned a lot over the weekend, and I can’t wait to bring some of those lessons to Canada next month for an even better event!”

With three of six rounds in the championship complete, Arpin and PeCoy are embroiled in an intense battle in the championship standings. Arpin sits just three points out of second place, and 15 off of the overall lead, with PeCoy only a further six points behind.

Arpin, PeCoy, and Leach will all return to action on August 3-4 at Grand Prix Trois-Rivieres, the series’ only Canadian round of the season. Loenbro Motorsports finished third in last year’s ARX Supercar final from the Quebec street circuit with driver Ken Block, while PeCoy was third in the Saturday ARX2 final from Canada last year.