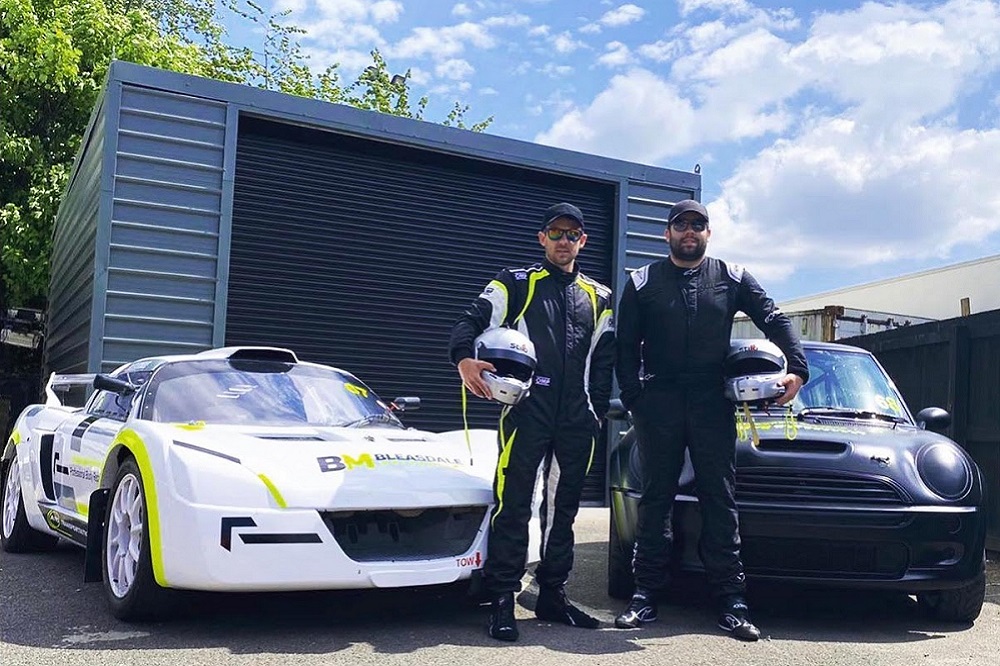 Six-time Pro Freestyle National Champion Jason will compete in Super National in a Vauxhall VX220 when the 5 Nations BRX kicks off at the season opening Bank Holiday round at Lydden Hill, Kent (30th/31st August). The former British Champion stock car racer is more used to entertaining the crowds with his breath-taking jet ski freestyle displays. The 35 year-old will reserve his aerial back flips and no-handed barrel rolls for the water, but is keen to impress in his debut season.

“I’ve always been a bit of a petrol-head and have a keen interest in rallycross. I’m really looking forward to a new challenge but appreciate this will be a steep learning curve. I’m very competitive and there’s quite some rivalry between myself and Darren, but we’ll be in different classes so we can each focus on our respective rivals rather than each other.”

Younger brother Darren will take the wheel of Drew Bellerby’s 2019 championship-winning Mini in the BMW Mini Rallycross Championship. The 31 year-old contested the Winterseries event in January, finishing fourth after a tyre blow-out ended his podium-finish hopes. Now the former Amateur Freestyle British Champion will transfer his skills onto four wheels as he looks to take on the established Mini runners in the four-round championship.

“Jason and I have raced together previously in mini stocks, and of course competed against each other in jet skis. This will be a completely new challenge which I’m very much looking forward to. We did a race at Lydden earlier in the year just to get the feel of the car, now I can’t wait to get our 5 Nations BRX campaign underway.”

With the start of the season curtailed due to the current pandemic, the organisers Lydden Hill Race Circuit have announced a revised schedule commencing with the opening round at the Home of Rallycross. Subsequent rounds are due to take place in Scotland (Knockhill 26th/27th September), Wales (Pembrey 17th/18th October) and Ireland (Mondello Park 14th/15th November) subject to prevailing Motorsport UK and government guidelines in all
four countries.