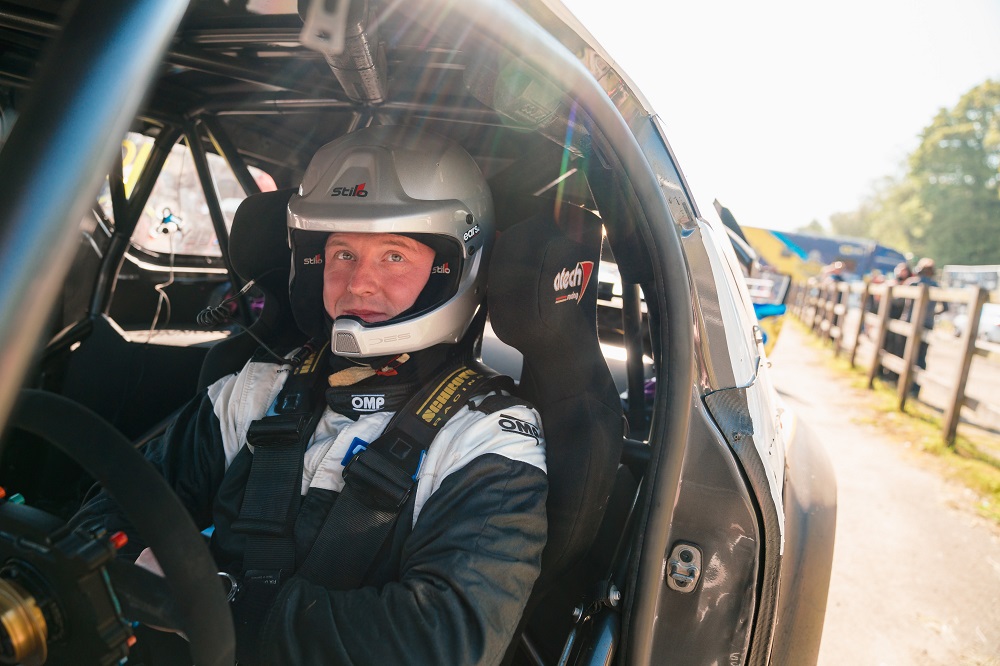 The former rally star will race a Pat Doran-owned Citroen C4 in the double-header weekend, returning to 5 Nations BRX for the first time since he withdrew midway through his title-defense last year.

Having driven a Citroen DS3 to his 2020 crown, Donnelly will drive the same Citroen C4 driven so far in 2022 by former event-winner Jack Thorne and fellow former British Rallycross Champions Christopher Evans (2006) and Nathan Heathcote (2017) – the car having featured on the podium twice this season.

Donnelly has in fact raced the same car before, in the Titans RX support race at Lydden Hill in 2019, but the Kent circuit now features a new look following the Nitro Rallycross Championship event held in June, with a new all-gravel opening corner leading to a large jump in the middle of the circuit, in the run to the famous Devils’ Elbow corner.

“I’m looking forward to getting back out for a round of 5 Nations BRX at Lydden in the Citroen C4. It’s been a while since I’ve competed at this level, so I will be blowing off some cobwebs, especially on the new-look circuit at Lydden which I have not driven on before,” said Donnelly. “The competition is very strong this year at the front of the field so hopefully we can get close to the pace before the end of the weekend and get some good results.”

Northern Irishman Donnelly joins Swede Daniel Thoren on the list of new or returning drivers in the Supercar division, while Patrick O’Donovan, Julian Godfrey, Tristan Ovenden and 2021 title-winner Derek Tohill are set to fight it out for the 2022 crown.