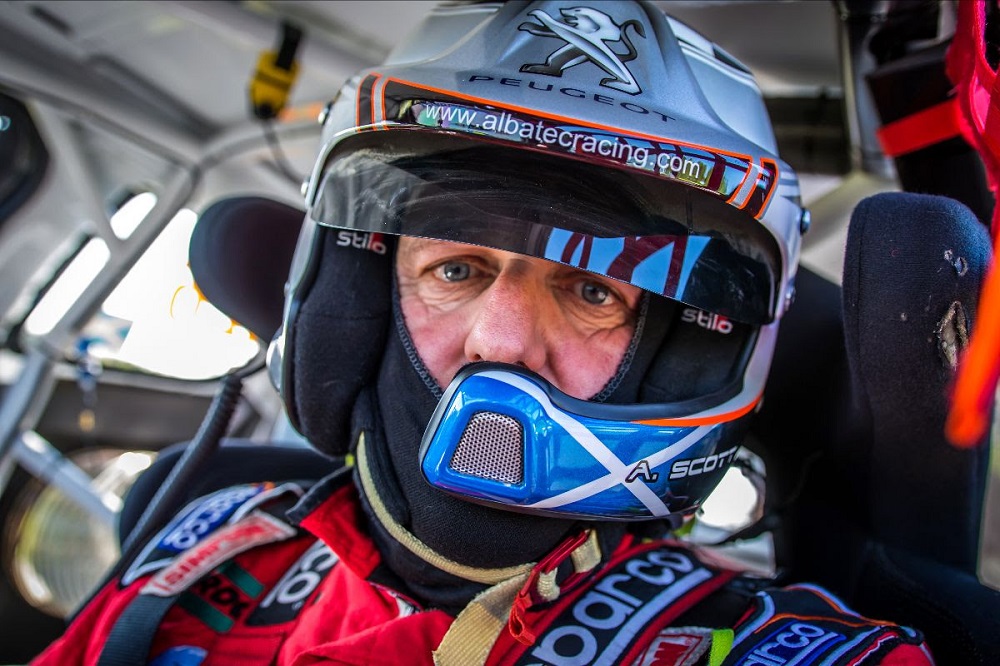 Andy Scott is the latest Supercar driver to confirm his return to BRX, with the news that the Albatec Racing boss will pilot his immaculate Peugeot 208 RX Supercar in the Motorsport UK British Rallycross Championship 5 Nations Trophy Presented by Cooper Tires.

Scott took a year out of competition last year after guiding triple British Rally Champion Mark Higgins to the BRX crown in 2018. The Dumfries racer has himself enjoyed considerable success in rallycross, notably finishing runner-up twice in the British series, as well as being a regular contender in European and World RX. Andy will once again be supported by the National Centre for Motorsport Engineering based at the University of Bolton and backed by long term partners Motis, Rock Oil, Rostrum Sportswear and Billfisher Charters.

The Scot has pledged to return under the new 5 Nations BRX management and cites that as one of the main reasons for returning to the domestic championship. “After we won the championship with Mark in 2018, I made the decision to pull out of BRX as it was pretty clear that the series was not being properly policed. I believe every domestic championship should be run under the same format and regulations that the FIA World/European series adopt to ensure it is fair for everyone and the fans understand the racing. National championships are where the world championship drivers come from and it’s important to show a professional standard of officialdom on this first step.

‘With the new management and infrastructure in place, plus the changes they’ve implemented such as six two-day events and no dropped scores, it was an easy decision to return to racing this year. Racing at my home track of Knockhill is of course a particularly welcome boost and I’m looking forward to getting back behind the wheel at the opening round at Lydden Hill, where I’ve had success in the past.”

Dr Mark Busfield, Director at the National Centre for Motorsport Engineering at the University of Bolton was equally pleased to be returning to rallycross competition, with engineering students from the University set to put their theory into practice.

“It’s wonderful to get the opportunity to continue with the team at Albatec Racing this year, as we work towards regaining the championship we won in 2018. It’s great for our students, many of whom were keen to continue with rallycross from last year. Now, with Andy at the wheel we can give a core group of first and second-year students the chance to put what they’ve learnt in the classroom into practice at the circuits.”