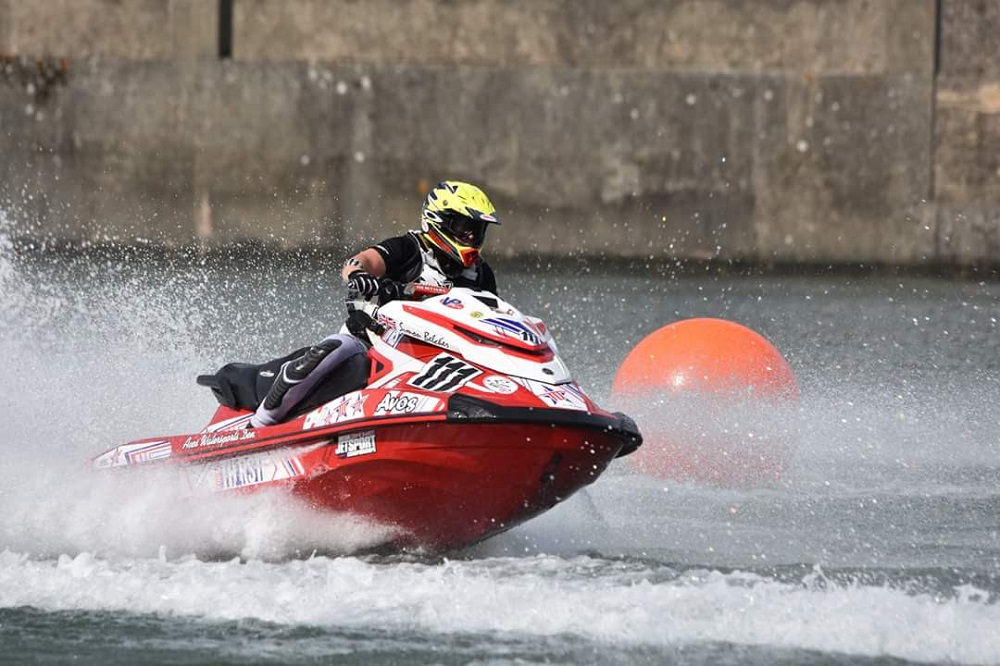 Belcher, who away from the challenges of water courses around the world runs successful touring car team HMS Racing, will now cram as many Jet Sport races as possible into his incredibly busy schedule this year.

Confirming selected outings in both the British and Belgian Jet Sport Championships, the Wiltshire racer will also return to defend the European Jet Sport title he won last year – which came some 18 years after he claimed his first European crown – and he will additionally compete later in the year in the prestigious World Finals and World Championships, in Arizona and Florida respectively.

He will participate in both 4-stroke and 2-stroke disciplines, riding for ‘factory’ squad Deans Team Yamaha in the former aboard a supercharged Yamaha GP1800 and contesting 2-stroke races with a brand new Retrojet race boat, which has been in development for well over a year.

“I’m absolutely elated to have been able to put together such an exciting and extensive schedule, all thanks to the support of some fantastic sponsors, and I can’t wait to be back out on the water”, he commented.

“I am training very hard ahead of the new season to try and win even more races. Last year I took part in 21 races, taking 11 wins and a total of 17 podiums, and won the European title again which was beyond my wildest dreams. Age isn’t on my side at 45-years-old, I’m up against some very quick and capable young riders, but experience is and I will continue to use that to my best advantage.”

Belcher’s sporting career first began in Jet Sport racing and after amassing a huge number of race victories and championships, including five British titles and a European crown, he turned his attention to car racing in 2002 by joining the Legends Cars National Championship.

Graduating into the Renault UK Clio Cup in 2011, where he was twice the Masters Cup champion, he achieved his long-held dream of becoming a British Touring Car Championship driver in 2014 before stepping out from behind the wheel at the end of 2015 to focus on team management.

With his competitive desire undimmed, he made – what was intended to be – a one-off return to Jet Sport in 2016 for charity. Igniting the spark once again, since that time Belcher has eased back into more and more competition on the water and his European Jet Sport title win last year certainly confirmed he has lost none of his ability or speed.