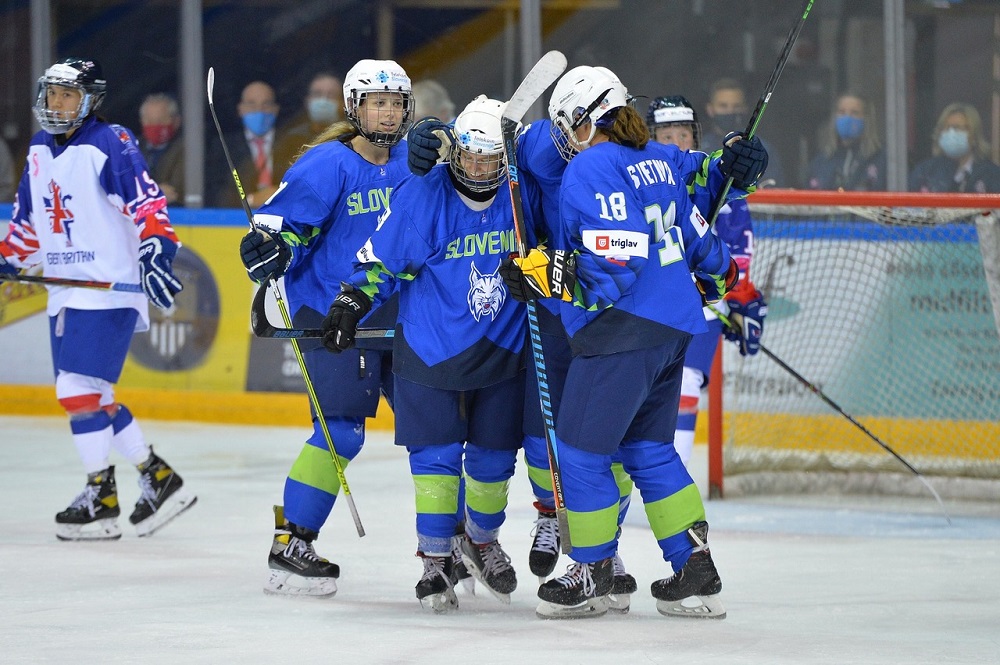 Great Britain were beaten 2-1 by Slovenia in their second match in the Women's Olympic Qualifiers at the National Ice Centre in Nottingham.

After a slow start, GB grew into the game and ended up outshooting Slovenia 49-22 but just came up short in a pulsating encounter.

GB's fate remains in their own hands and they now need to beat Korea by two goals in the final game of the tournament on Sunday.

Beal's late first-period goal puts GB ahead
Slovenia had the game's first chance in the opening stages as Tamara Svetina hit the base of the left-hand post, before Katie Marsden jumped out the box onto a breakaway but was denied by Pia Dukaric.

Katie Henry went agonisingly close when she just couldn't control the puck at close range and at the other end, Nicole Jackson - who turned away 16 shots in the period - saved neatly at her near post from Sara Confidenti's low shot.

GB went ahead on the powerplay as Lucy Beal cut inside from the right and fired past Dukaric at 19:17.

Slovenia hit back with two goals in two minutes
Slovenia equalised moments after their powerplay came to end - Confidenti was denied by Jackson before Julia Blazinsek recycled the puck to Pia Pren to score at the backdoor (29:47).

Confidenti continued to be a thorn in GB's side and she was once again stopped by Jackson on the breakaway, but Blazinsek was on hand to put in the rebound at 31:39.

GB pile on the pressure in third session
Britain kept knocking on the door in third period - Katie Marsden was denied after a great skate cutting in from the right-hand side and Ellie Wakeling saw her shot from the point saved.

Britain killed-off over a minute of a five-on-three penalty kill and moments later Katherine Gale came so close to the equaliser.

GB then had their own long spell with a two-player advantage but were unable to find a way past Dukaric.

Korea are top of the table after two games following their 10-0 victory over Iceland in the day's first game.