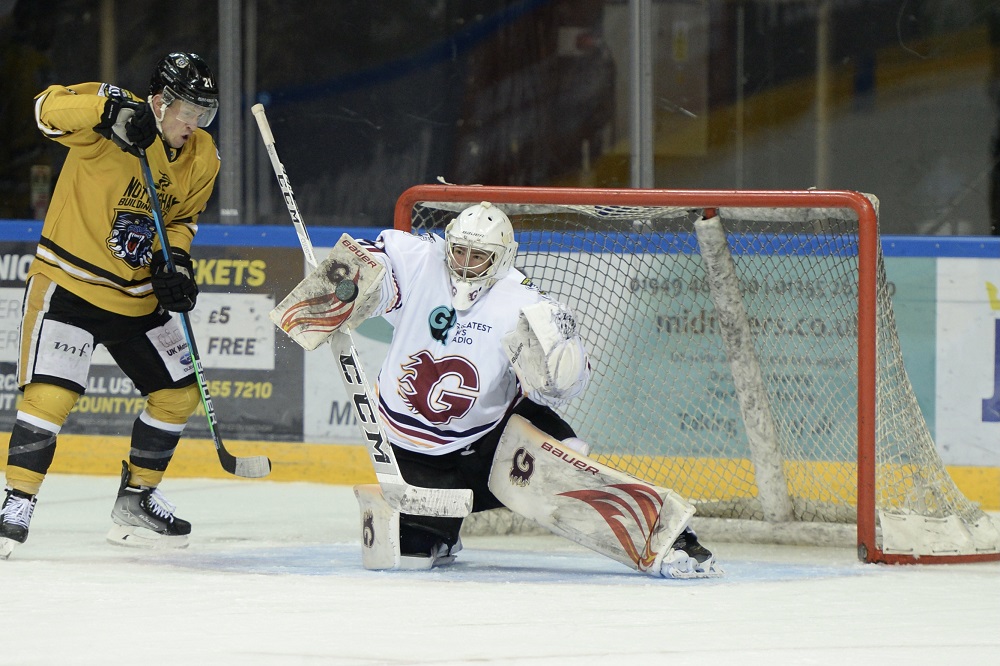 OT win for Flames at Fife

A 3rd period Ryan Tait goal levelled the affair at 1 to force overtime where Daniel Tedesco registered the winner that completed a 2-1 win at Fife Flyers.

About halfway through the opening set, Chris Gerrie put Flyers in a lead they held through the end of the frame.

By the end of the 2nd, with Shane Owen perfect and Eamon McAdam not far behind, a 21-14 shot advantage for the visitors had not yet had an impact as neither team could find another, and the Flyers began the 3rd still with the slim margin.

Flames finally pulled it back to even with the Tait goal in the 48th minute. A late Flames penalty forced them to the penalty kill for 2 of the last 3 minutes, but they held firm to force sudden death 3 on 3 where Tedesco made the difference.

“We are certainly happy to get out of Fife with a couple of points,” said Paul Dixon.

“It was a very tight game with good goaltending at both ends, and by about halfway through you could see there was not going to be a lot of scoring so certainly at 1-0 down we knew that the next goal for either team was going to have a big impact on the outcome. Luckily we were able to tie it and put ourselves back in the running for both points.”

“Now we move on to take on Dundee Sunday and hope we can sweep the weekend.”