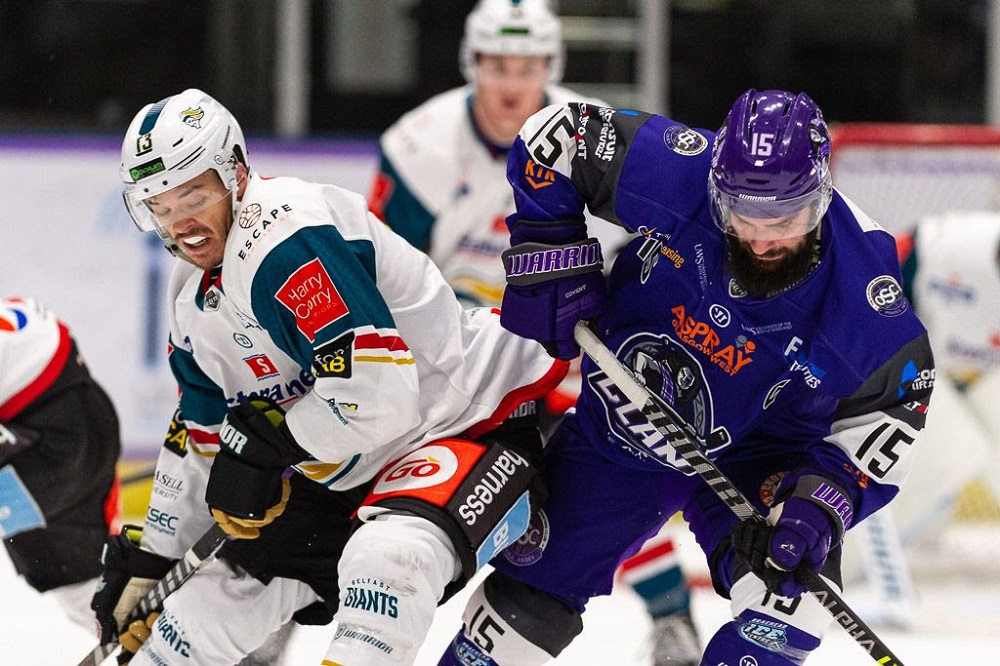 The Glasgow Clan, sponsored by Aspray Glasgow West, suffered a home loss to the reigning league champions, the Belfast Giants.

The players were no stranger to each other after their meeting last Sunday in Belfast, so it didn’t take long for the sides to get physical as big hits were traded early on in the first.

The opening goal of the game came after a broken stick gave Mitch Jones the puck before he charged up the ice and laid a post-to-post pass to Mathieu Roy who knocked it home to give the hosts the lead.

Clan netminder John Muse maintained the Clan’s lead in the second period with a dramatic goal line save as the puck trickled through his pads and forced the goalie to fire his catcher glove onto the line to prevent the equaliser.

Scott Conway opened his account for the night with a wrist shot from the right side of the ice to put the visitors back level.

Gary Haden continued the physical tone of the game as he continually performed big hits on the Belfast lines, forcing the game into a scrappier tone.

Ben Lake put the Giants ahead just three minutes after as the puck deflected off his helmet after a Scott Conway while on the powerplay due to a delayed penalty.

Peyton Jones performed well in the Giants’ net as he kept the Clan at one goal in the game through consistent high calibre saves.

The visitors doubled their lead through Darik Angeli as he shot the puck from the top of the right circle and saw it rise into the far corner to give the Giants their third goal.

A powerplay for Belfast provided their opportunity for their fourth goal as Scott Conway bagged his second of the night through a blocker side finish.

Debutant Jake Bolton, who joined the club this week, claimed man of the match after his impressive performance in Clan colours.