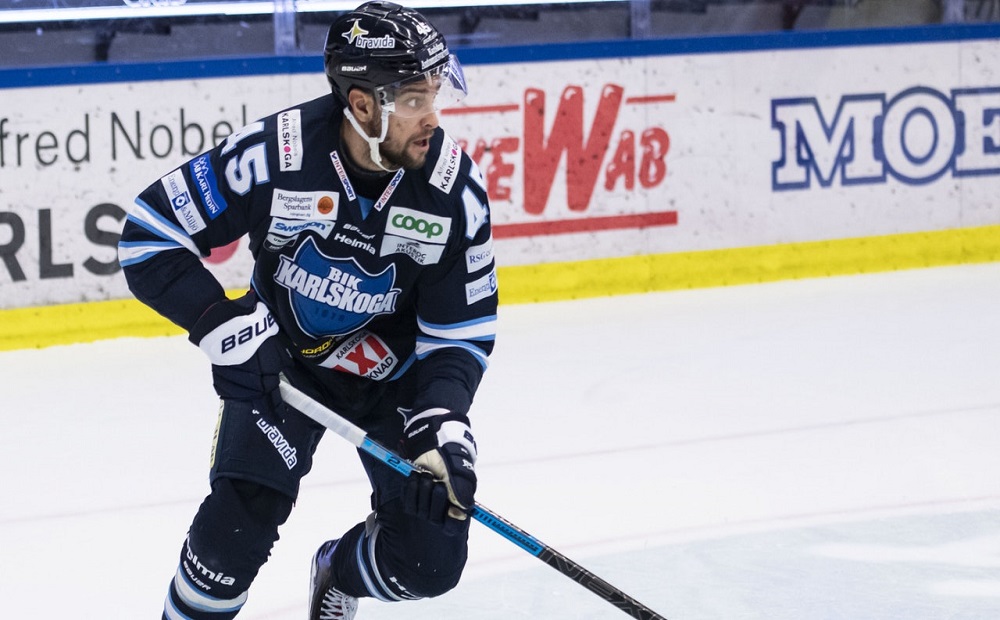 The newest member of the Flames roster is Defenceman Jesper Alasaari who will make the upcoming season his first outside of Sweden. The 6’3”, 220lb skater had a goal and a couple of assists in 23 games last season with BIK Karlskoga in Allsvenskan, his native country’s 2nd league. He spent the bulk of the previous season with the same side, along with a handful of games at HockeyEttan’s Lindlövens IF and Tranås AIF.

“I'm really excited to come and join Guildford Flames,” explained Alasaari. “It will also be the first time playing hockey outside of Sweden for me, which is something I’ve always wanted so I’m really grateful that I got this opportunity. I cannot wait to meet my new teammates, coaches, supporters and everyone involved in Guildford Flames.”

Since making his pro debut with 3 games at Karlskoga in 2013-2014 then 2 starts in the top Swedish Hockey League the following term, the 25-year-old made his full time pro start in 2015-2016 when he played 23 times with Tingsryds AIF. Since that time, Alasaari has amassed 79 Allsvenskan games and the same number in HockeyEttan along with 28 starts in division 2 where he had his most offensive success in 17-18 and 18-19 with 12 goals and 17 assists at HC Flyers.

“From what we have seen of Jesper he is a really solid all-around Defenceman,” said Paul Dixon. “He is mobile, he can carry and move the puck, he knows where to find spots to support his partner, and he just makes a lot of simple, sensible plays to keep us out of trouble. He is also a bigger guy and can play the physical side of the game.”

“We are happy that he has made the decision to join us, and we are looking forward to getting him settled into his new team when he gets here in September.”