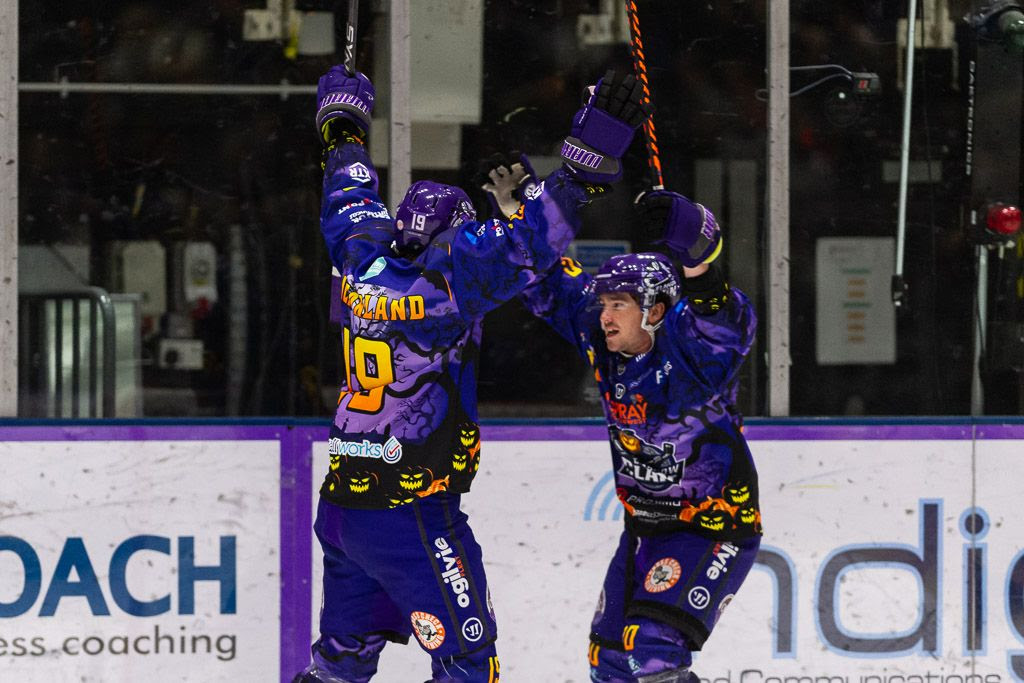 Glasgow Clan finally get a win

The Glasgow Clan, sponsored by Aspray Glasgow West, finally ended their long losing streak to secure a 3-0 win over the Manchester Storm, their first win this season.

Following Malcolm Cameron’s departure through the week, Stephen Dixon stepped up to take over as interim coach, with that record and a long injury list, with six players out.

But they turned the adversity into a massive positive, winning the first game since April and ending that 17-game losing run.

After a tense start to the game the deadlock was broken by Mathieu Roy late in the first period as he took advantage of a powerplay opportunity by poising himself at the crease to knock home the opener after Jordan Cownie fed him the perfect pass.

Clan netminder John Muse helped his team to maintain their lead as he shut out the Storm’s persistent attacks with an array of both catcher and blocker save.

While Muse continued to shine in the second period, it was John Dunbar who stole the limelight as he doubled the Clan’s lead through a fortunate sequence of play.

Clan’s #90 sliced the puck across the crease and saw it trickle in off of the skates of the Storm’s own Stephen Johnson as his side went two behind.

Dunbar bagged his second after he expertly poked the puck through the five-hole of Storm goalie Hayden Lavigne after a perfectly laid pass from Craig Peacock to put the hosts ahead by three.

Roy came close to grabbing his second of the game as he was narrowly kept out by the pipes after he charged at the Storm net and released a backhand shot with little left in the period.

Both sides tested the opposition net in the third period as the Clan struck the pipes on multiple occasions.

At the other end, the Storm gave Muse plenty to do as they bombarded the Clan net.

In the end, the home goalie held on to achieve his shutout as the Clan held off the Storm to claim their first win this season.