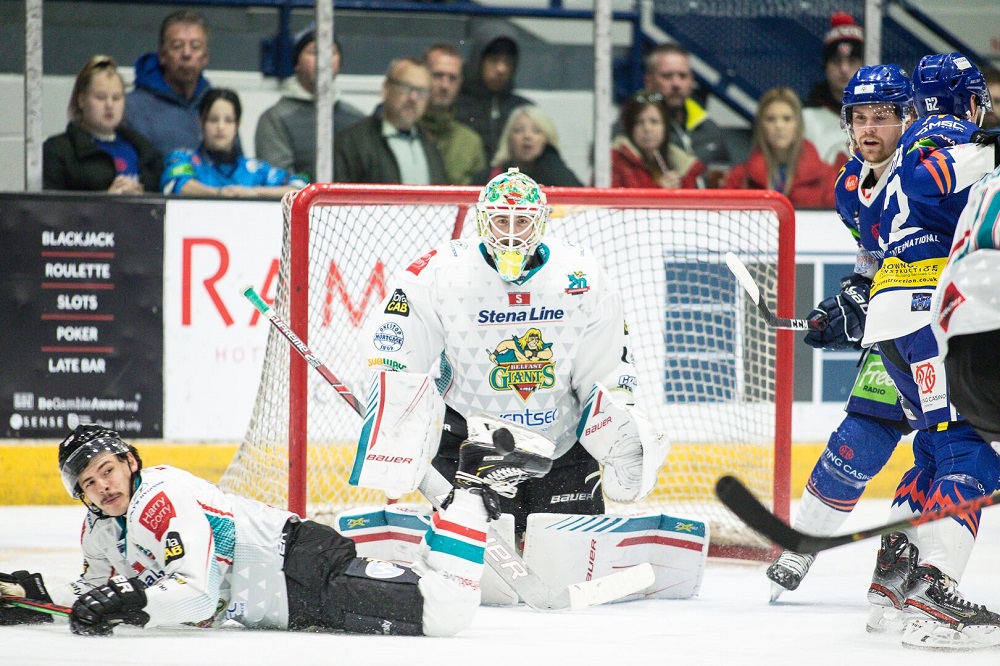 The Stena Line Belfast Giants made it a weekend sweep of the Coventry Blaze - following up Saturday’s 4-1 home win with a 6-3 victory in Coventry on Sunday.

With three wins in a week - the Giants now sit joint-top with Sheffield on 18 points, although the Steelers have played three games more.

The game sparked to life right away with a stunning seven goals in the first period.

Paul Swindlehurst equalised at 10:41 before Kevin Raine doubled his tally at 13:33 to edge the visitors in front once again.

Matt Pohlkamp tied things up at 14:02 although the Giants kept their lead going into the middle period thanks to Ben Lake’s strike against his former team at 18:52.

After a frantic opening period - the middle period was scoreless with both net minders standing firm. Shane Owen in the Giants net and Coventry’s Jamie Phillips were called into action to kill penalties during the second period.

The Giants took control of the game in the final period. First, Pat Mullen snapped a wrist shot into the top shelf of the Blaze goal on the powerplay at 47:02 before Jordan Smotherman extended the Giants lead to three at 49:03.

The Giants rounded off their second weekend win over the Blaze with Shane Owen stopping a Coventry penalty shot at 56:33.