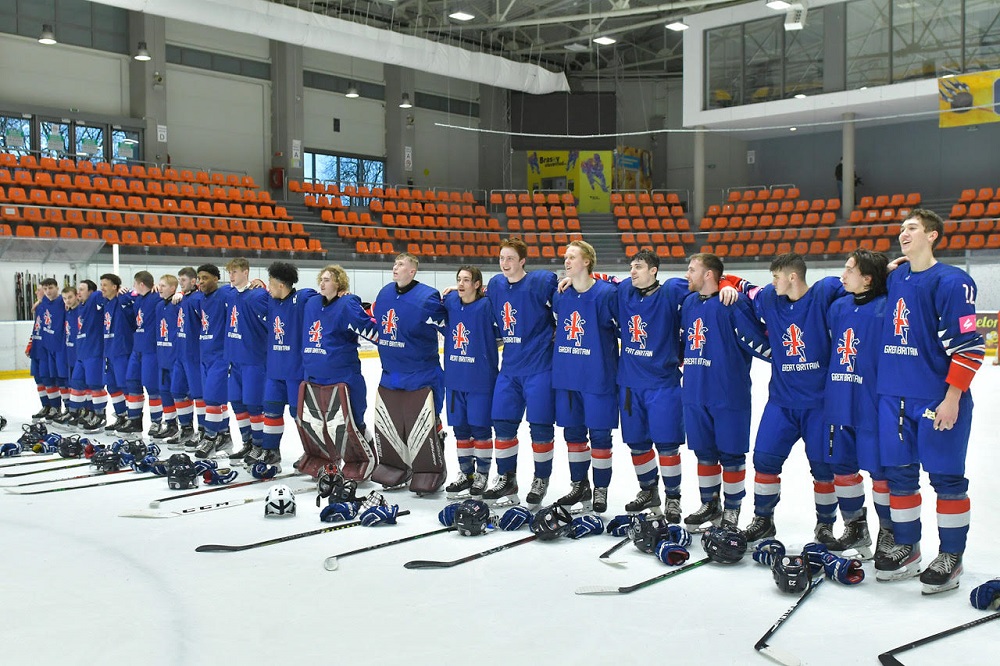 Great Britain U20s began their Under-20 World Championship Division II Group A campaign with a 7-2 over Spain U20s in Brasov.

Logan Neilson scored a hat-trick on his GB debut, while netminder Lucas Brine turned away 21 shots of the 23 he faced.

Honours even after first period

Spain took an early lead when Brine saved Luca Basile's shot, but Pol Gimenez was on hand to put in the rebound (3:58).

Finley Howells went close on the powerplay before he and Jack Hopkins set-up Neilson right in front of the net for his first international goal (11:29).

Britain took advantage of an early second-period powerplay as Howells' shot from right point was saved, but Zaine McKenzie swept home on the doorstep (21:57).

Spain hit back when Pablo Tello reacted first after the puck took a number of deflections in-front of Brine (29:01), but GB quickly took control to take a two-goal lead to the second intermission.

A superb blast from captain Liam Stenton from the slot on the powerplay (31:55) was followed by a sweet backhand finish from Neilson as he cut inside from the right (36:38).

Superb movement on the powerplay by McKenzie and Bradley Bowering set-up Howells, who had time to control the puck and fire top shelf for GB's sixth (50:41).

And Neilson completed his hat-trick with a shot through traffic with under two minutes remaining (58:18).

Head coach, Martin Grubb, said: "I thought we started a little slow and nervous - and took a bit too long to find our groove. That cost us the early goal but we were never going to panic.

"We stressed the importance of sticking to our structure and making sure we executed. I think once we did that - especially in the second and third period - we controlled the game.

"We are delighted to get the opening victory and there were plenty of positives to take from the game. We will also be working hard to ensure we tidy a few things up and continue to try and get better each day."