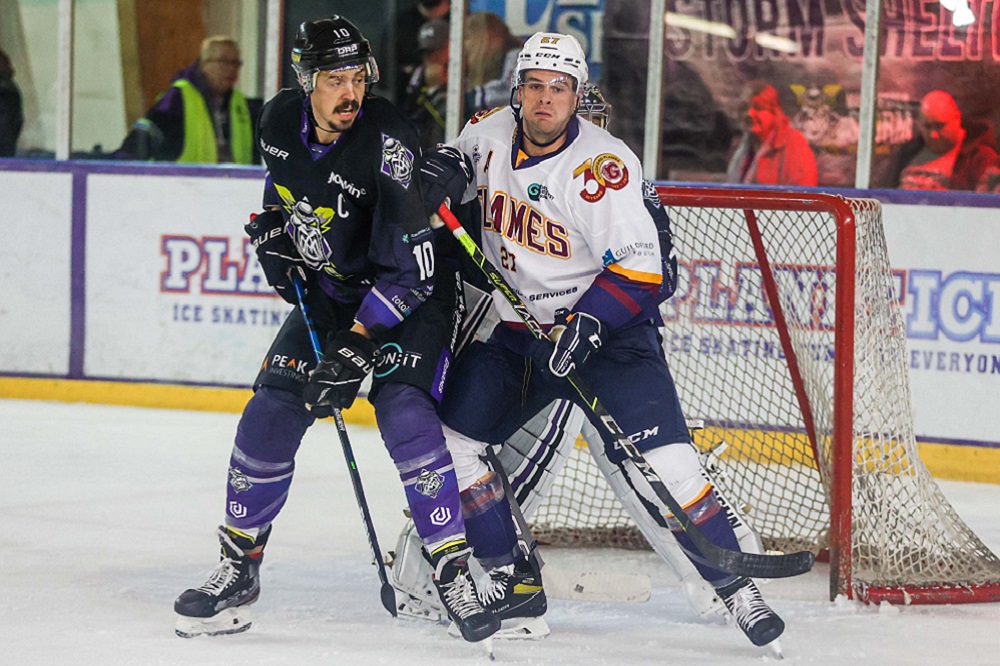 After being level early in middle frame, Flames bagged couple in the 2nd and a couple more in the 3rd against no further Storm replies to secure 6-2 win at Manchester.

Storm hit the scoresheet first through Tyson Fawcett at 7:32, but a pair of Flames replies, Jamal Watson on the powerplay at 10:42 and Mac Howlett less than 2 minutes from period time, had the visitors in front.

Early in the middle frame, the home team pulled level with a Frankie Melton strike, but Ian Watters just ahead of the halfway mark nudged Flames back into a lead before Ian McNulty at 33:20 had Spectrum’s men up a pair through 40 minutes.

Watson’s 2nd of the evening at 49:32, again on the powerplay, and Watters’ 2nd inside the back 4 minutes closed out the scoring in the win.

“That was a good team effort for a win in a very difficult building,” said Paul Dixon.

“It is not a place historically where we have won a lot of games. It is a much smaller ice surface and Manchester plays a game that is well suited to the confines of their home rink, so we are thrilled to be able to come home with the points.”

“Now we have to leave that behind and get ourselves geared up for tomorrow night’s visit by Sheffield and hopefully we can get a better start than we did last time they stopped in.”